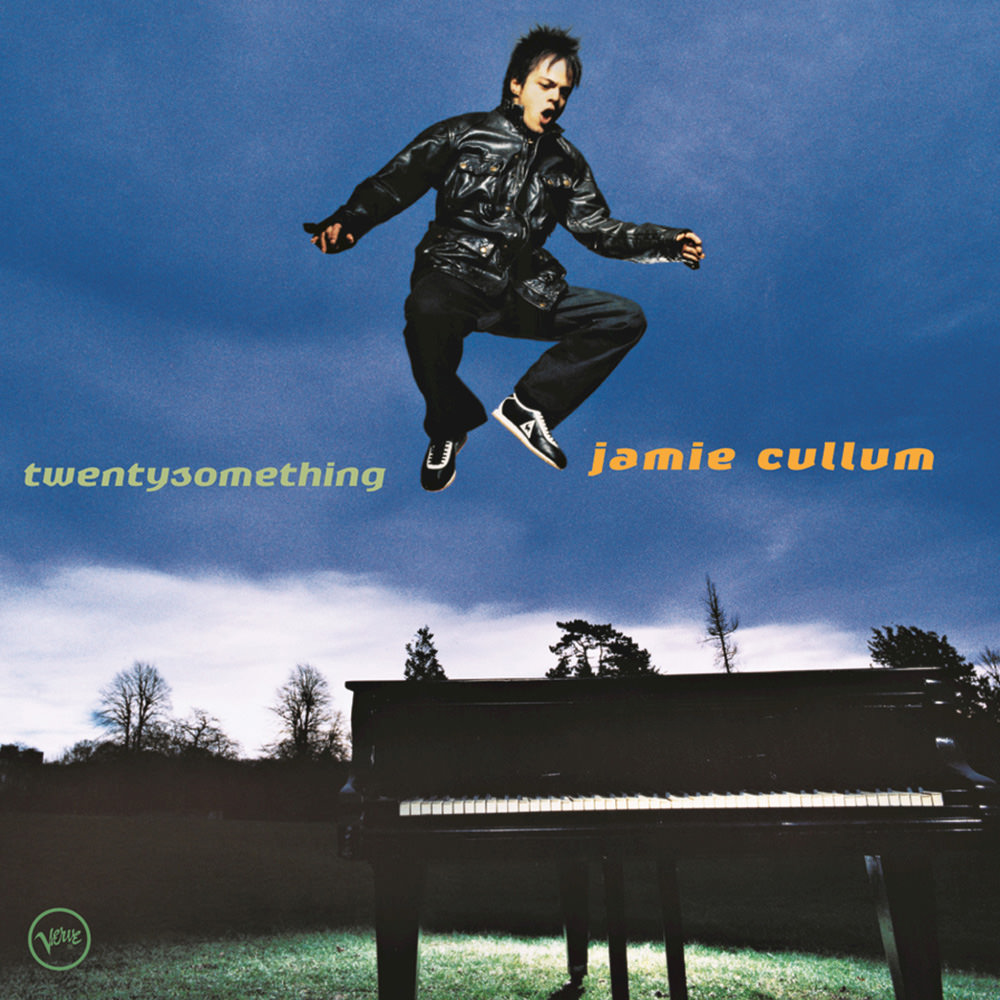 Available in 96 kHz / 24-bit AIFF, FLAC high resolution audio formats
UK Albums Chart - #3, 2003 "Remarkably, refreshingly, whatever praise is heaped on him is well deserved. This kid can sing and swing and pound the 88s with reckless abandon ..." - JazzTimes.com "... an absolutely wonderful album from a fast-rising talent ... Next Year Baby (is) one of the musical moments I’ll most remember from this entire year, ballsy and unpredictable and just burning with talent." - PopMatters.com "... Jamie's vocal sound is warmer, softer, less crisp than on his debut ... whether the songs are swingers or heartstring pullers, Jamie has the timing and conviction to get the best out of them." - BBC Music "... elegantly-produced ... Cullum's virtues are a remarkable relaxation (which makes music making, even in a sophisticated studio recording, sound like fun to him), a youthful bounce that makes his work engagingly airy and light and a hipness of timing ..." - The Guardian Jamie Cullum's major label debut Twentysomething, released in 2003, has gone on to sell three million copies in the UK and has won 11 platinum, 11 gold and two silver sales awards around the world. Selections here are drawn from the Great American Songbook, jazz standards, rock covers and Cullum originals. Producer Stewart Levine (B.B. King, Simply Red, Lionel Richie) opted to enhance Cullum's warm acoustic sound by recording and mixing this album entirely in analogue.
96 kHz / 24-bit PCM – Decca (UK) Studio Masters