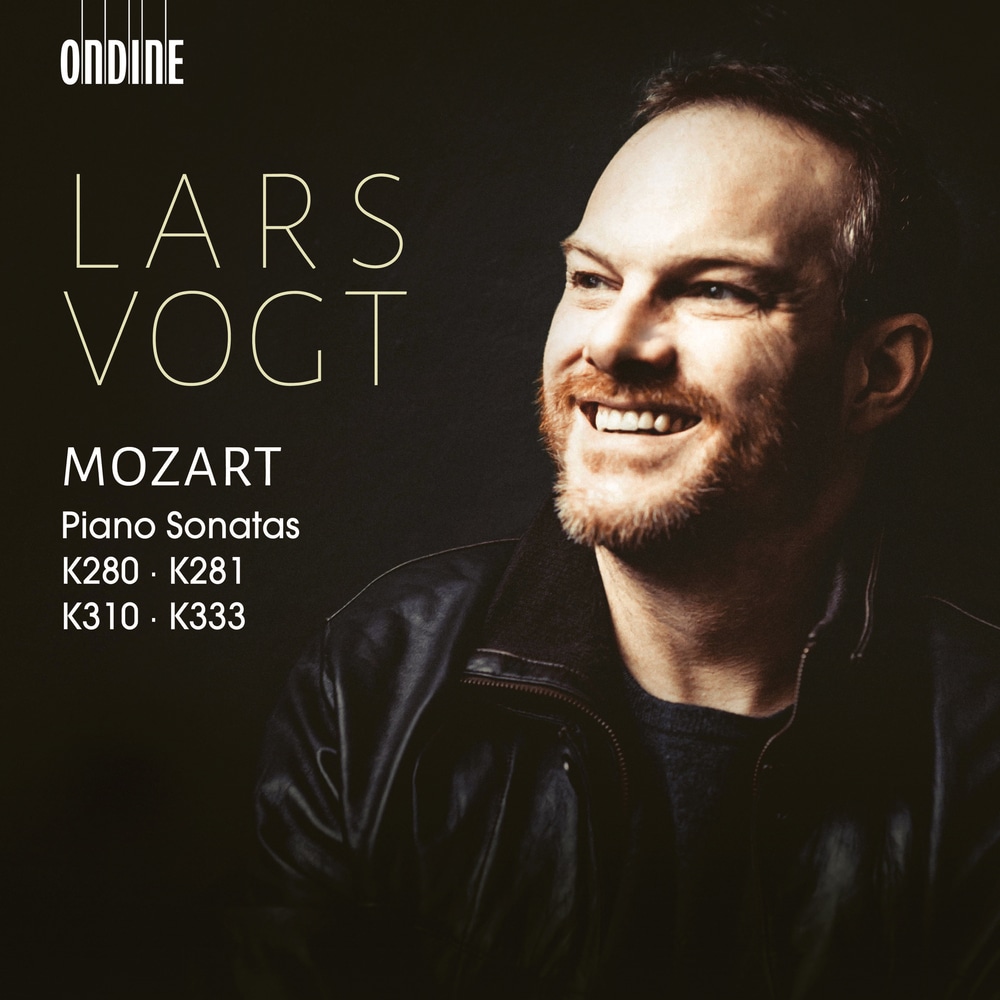 Available in 48 kHz / 24-bit AIFF, FLAC audio formats
After a cycle of Beethoven Piano Concertos, solo albums of works by Bach and Schubert in addition to a number of award-winning recordings of piano chamber music on Ondine label, pianist Lars Vogt releases an album of Piano Sonatas by Wolfgang Amadeus Mozart (1756–1791). In this album, two baroque-influenced and virtuosic early sonatas are coupled together with a touching A minor Sonata K. 310 – written at the time of the composer’s mother’s death – and a delightful, Haydnesque Sonata K. 333. Mozart wrote Piano Sonatas K. 280 and K. 281 (Nos. 2 & 3) most likely in 1774, at the age of 18. The elements of Baroque influence are clearly evident in the K. 280 Sonata. A prominent feature in the K. 281 Sonata is, besides its virtuosity, the beautiful slow-movement, “Andante amoroso”. The K. 310 Sonata (No. 8) was written four years later, during the summer of 1778, and is written in a minor key: a rarity among Mozart’s Sonatas. The K. 333 was published in 1784, but the time of its composition might have been earlier. This joyful work with virtuosic passages can be described almost as a Piano Concerto for the solo piano. Lars Vogt was appointed the first ever “Pianist in Residence” by the Berlin Philharmonic in 2003/04 and enjoys a high profile as a soloist and chamber musician. His debut solo recording on Ondine with Bach’s Goldberg Variations was released in August 2015 and has been a major critical success. The album’s tracks have also been streamed online over 6 million times. Lars Vogt started his tenure as Music Director of the Royal Northern Sinfonia in September 2015. Lars Vogt was nominated for Gramophone’s Artist of the Year award in 2017. His most recent recordings on Ondine, Beethoven’s Piano Concertos Nos. 2 & 4 and Dvorák’s Piano Trios, received Gramophone’s Editor’s Choice in May 2018 and in December 2018.
48 kHz / 24-bit PCM – Ondine Studio Masters