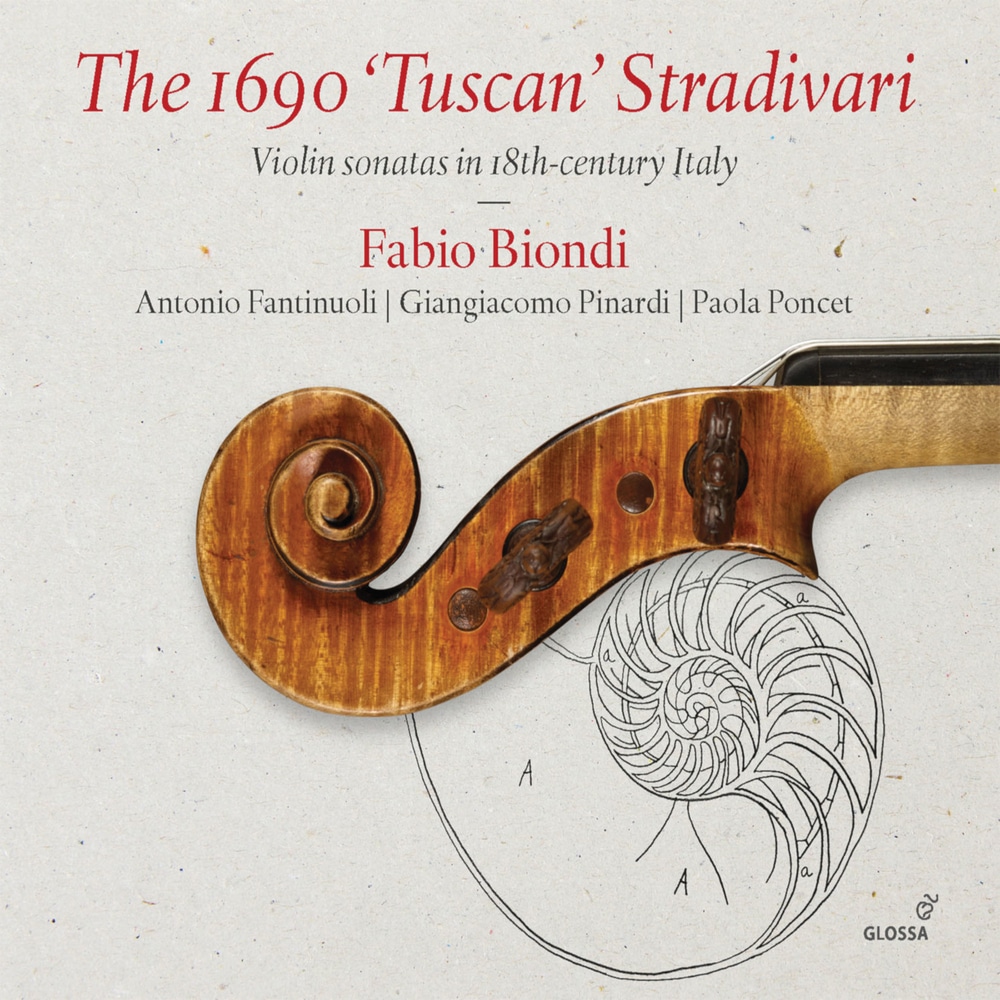 Available in 88.2 kHz / 24-bit AIFF, FLAC high resolution audio formats
In the course of his illustrious career, Fabio Biondi has nurtured a remarkable empathy with Italian music from across many centuries, but strikingly so with the early Baroque violin sonata repertory, the development of which was dramatically propelled into the future by Arcangelo Corelli with his Op 5 collection. It is this empathy possessed by Biondi which has inspired the Accademia Nazionale di Santa Cecilia in Rome (from its bowed instrument collection) to make him a loan of the precious 1690 “Tuscan” violin made by Antonio Stradivari, for this Glossa recording. Another skill possessed by Biondi is his deft assemblage of programmes, whether for concert or for recording, and this new release of early eighteenth-century violin works touches on the impact that Corelli’s music had on music-making in Dresden, Venice, Padua, London and Amsterdam, to name just a few of the destinations affected as the fame of “Arcangelo Bolognese” fanned out from Rome across Europe. With a continuo team from his Europa Galante ensemble (Antonio Fantinuoli, cello, Giangiacomo Pinardi, theorbo and Paola Poncet, harpsichord), Biondi plays sonatas by Vivaldi, Corelli, Geminiani, Tartini and Locatelli, and a Ciaccona by Veracini. Recorded in Rome, on an instrument which was originally made for the Florentine court of Ferdinando de’ Medici (and which, over time, has survived all manner of vicissitudes on its journey to Rome!), Fabio Biondi expertly captures the flavour of the eighteenth-century violin sonata.
88.2 kHz / 24-bit PCM – Glossa Studio Masters