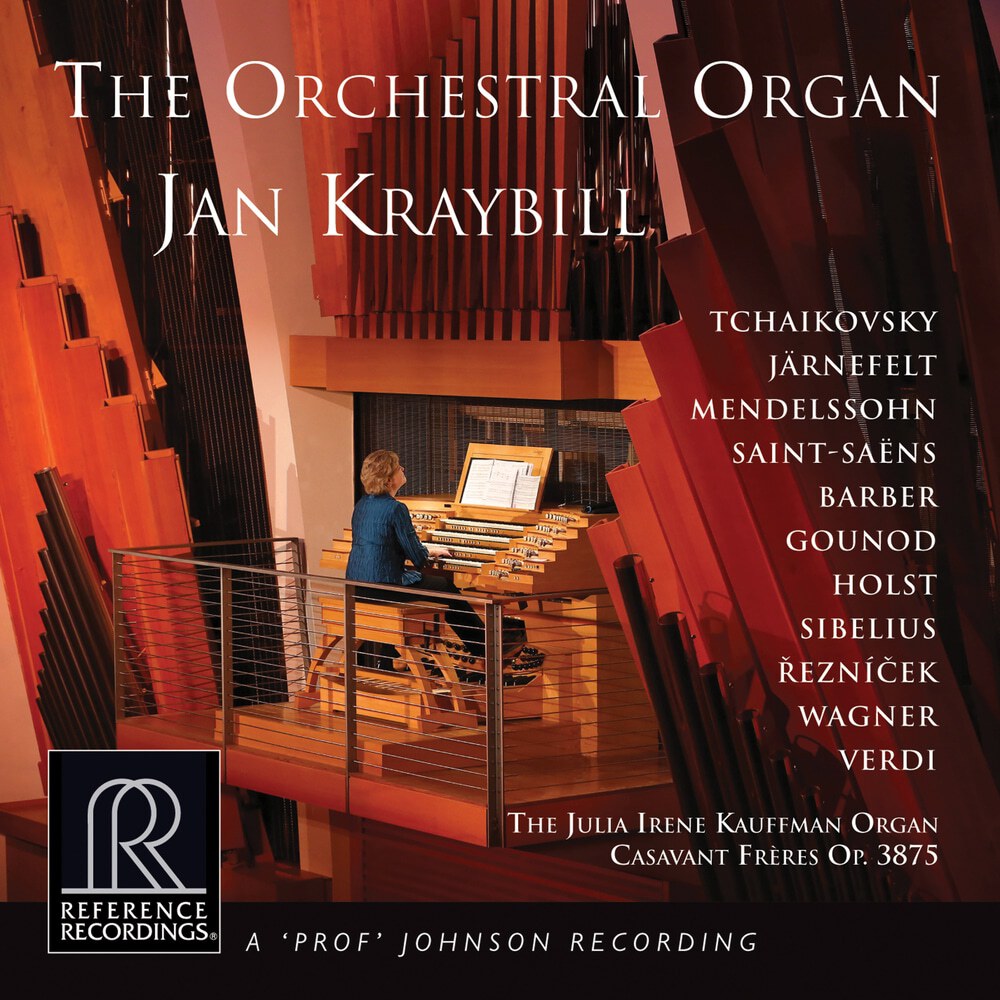 In the 19th and early 20th century, organists of exceptional artistic skill developed organ transcriptions of orchestral music into a true art form. Each of the works on this disc is spectacular in its original form. To create The Orchestral Organ, the artist has chosen works of many different composers, adapted into organ transcriptions of the highest artistic order. These transcriptions are not intended for comparison with, or replacement of, the original orchestral versions. In presenting them we are offering fascinating new dimensions for these compositions, whether familiar or new to the listener. Within the pieces are a variety of tone colors and compositional details that exhibit the remarkable abilities of organist Jan Kraybill, and showcase the spectacular Julia Irene Kauffman Casavant Organ at the Kauffman Center’s Helzberg Hall in Kansas City.

Dr. Jan Kraybill is a musical leader, performer, educator, organ consultant, and enthusiastic advocate for the power of music to change lives for the better. She is Organ Conservator at the Kauffman Center for the Performing Arts in Kansas City, Missouri, and Organist-in-Residence at the international headquarters of Community of Christ in Independence, Missouri.
176.4 kHz / 24-bit, 88.2 kHz / 24-bit PCM – Reference Recordings Studio Masters