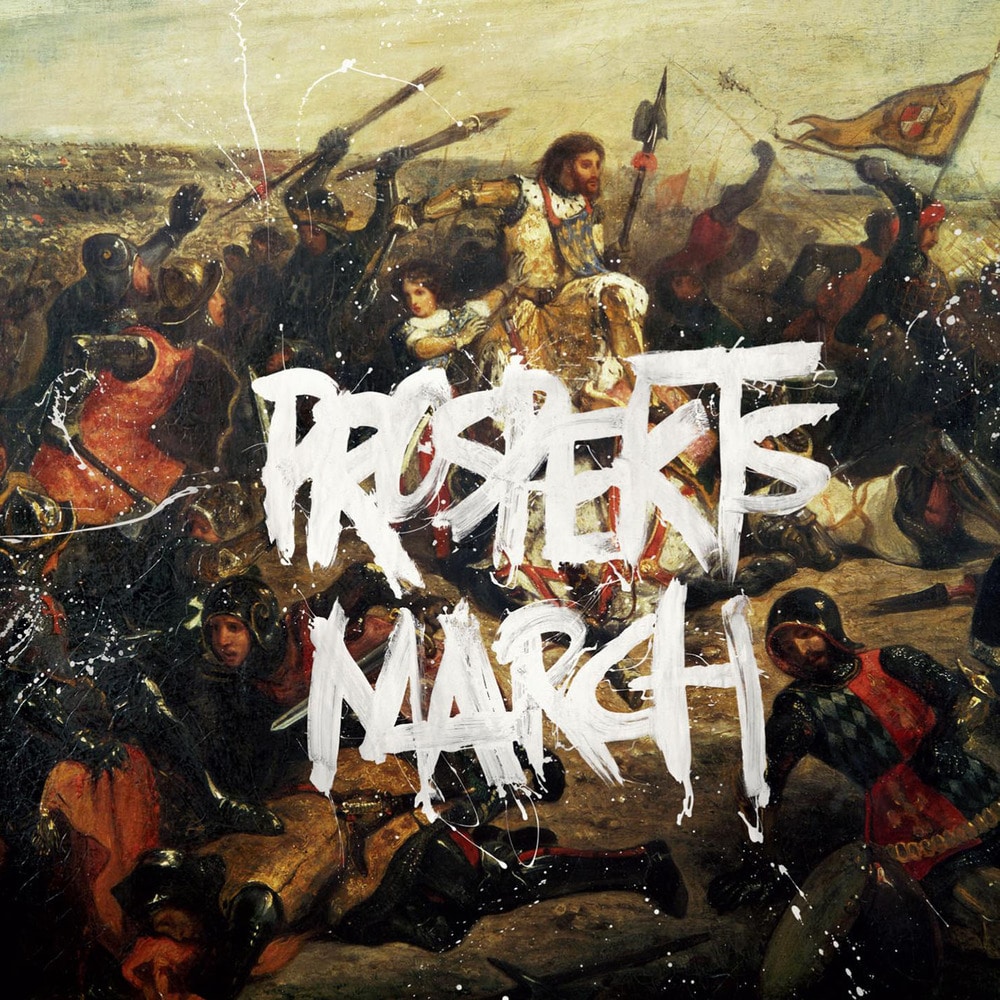 Prospekt's March is the sixth EP by British rock band Coldplay, initially released on 21 November 2008 in Europe and Japan, and worldwide the following week. It features several tracks left over from the studio sessions for Coldplay's fourth studio album, Viva la Vida or Death and All His Friends.

It is also available in the Prospekt's March edition of Viva la Vida.

Throughout the recording of Viva la Vida or Death and All His Friends, Coldplay communicated to fans through their website, and some of the song titles were revealed during the recording. The name "Poppyfields" was first revealed in September 2007; in late October 2007, a message said that "Famous Old Painters" and "Glass of Water" had been written and were being considered for the album. "Prospekt's March" appeared for the first time in December of the same year; all the notes were signed by the pseudonym Prospekt, strengthening rumours that this would be the album's title. Those songs did not make it to the album's final track listing, so were featured on the Prospekt's March EP, except for "Famous Old Painters", which was never released.

In an interview for Coldplay's official website Chris Martin said that all the songs on the EP came very close to inclusion on Viva la Vida, and that they were "all part of the same family". In the same interview the frontman stated that the idea was always to put these songs out by the end of 2008.
44.1 kHz / 24-bit PCM – Parlophone UK Studio Masters