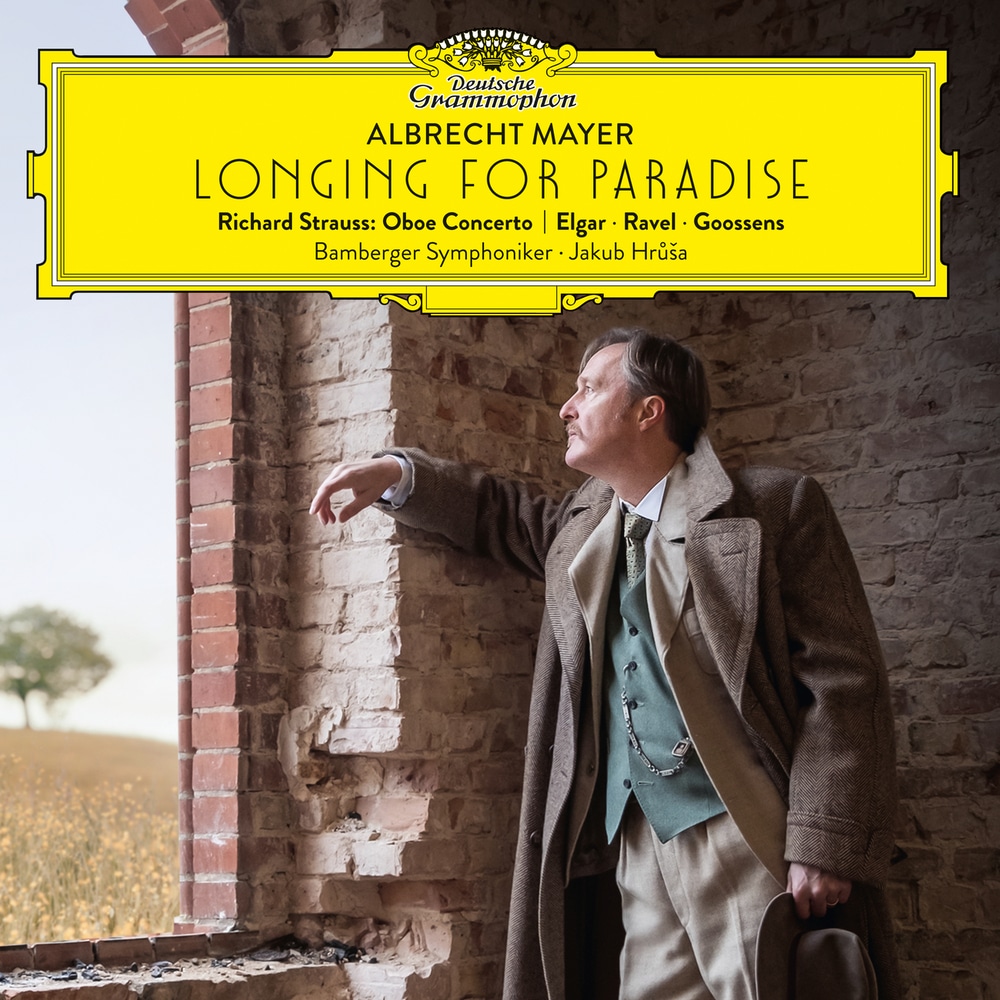 When the world threatens to descend into chaos, the longing for Paradise grows apace. Time and again composers have invoked this discovery and turned it into music in many different ways. Now the internationally acclaimed oboist Albrecht Mayer has joined forces with the Bamberg Symphony and Jakub Hrůša to present several of these creations on his new album, Longing for Paradise.

Richard Strauss wrote his only Oboe Concerto shortly after the end of World War II, seemingly forgetting all the world’s upheavals. It is, Mayer enthuses, ‘a piece abounding in beauties, perhaps an intimation of Paradise. It requires maximum effortlessness. Perhaps Strauss himself soared in something like the pure riches of its euphony when he wrote it’. For years Mayer has been fond of preceding the Strauss concerto in his performances with a little piece by Edward Elgar: Soliloquy. The sole surviving movement of a fragmentary suite for oboe and orchestra, it was only completed and presented to the public in 1967.

Just as Richard Strauss sought artistic responses to his experiences after World War II, Maurice Ravel struggled to find solutions in the midst of the Great War. Originally composed for piano, Le Tombeau de Couperin was orchestrated by the composer in 1919. It is a ‘very morbid piece’, Albrecht Mayer emphasises: ‘Each movement is dedicated to a comrade who fell in the war. We’re therefore dealing with highly personal music embedded in baroque forms’.

Eugène Goossens’s Oboe Concerto of 1927 is a genuine trouvaille. He wrote it to fulfil a request from his brother Léon, one of the 20th century’s formative oboists. ‘Imagine Stravinsky writing a concerto for oboe, seasoning it with a pinch of British humour and adding a dash of regional sounds’. This stylistic mélange thus likewise becomes an expression of distant longing. With his new album Albrecht Mayer once again reveals his innate feeling for polished thematic programmes: ‘We witness composers intent on projecting themselves into a more beautiful world. They dreamt their way into Paradise’.
96 kHz / 24-bit PCM – Deutsche Grammophon (DG) Studio Masters