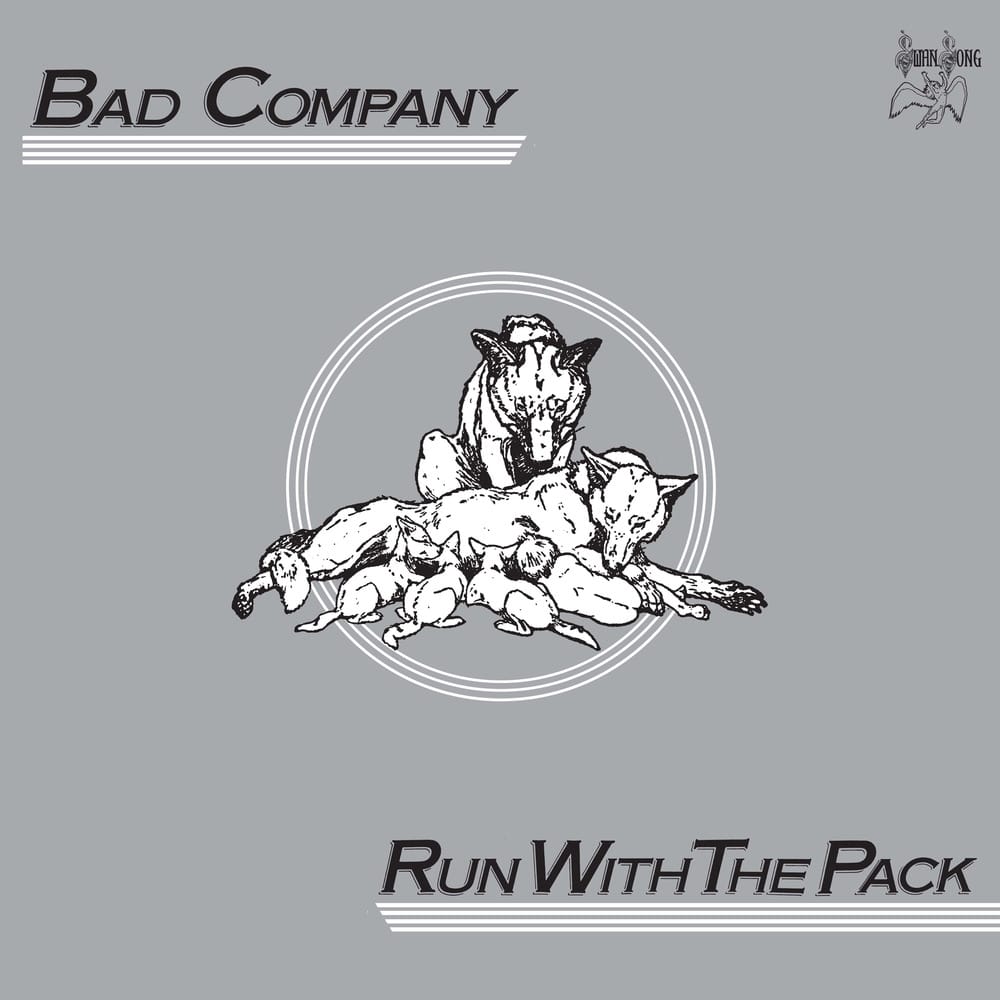 Run With The Pack (Deluxe)

Bad Company recorded four classic albums in as many years, giving rise to some of the most recognizable rock songs of the Seventies, including "Rock Steady," "Run With The Pack" and the Grammy-nominated, "Feel Like Makin' Love." After releasing remastered and expanded versions of their first two albums in 2015, the band return this spring with the deluxe editions of one of their albums from that incredible run.

During a rare break from touring, Paul Rodgers, Mick Ralphs, Simon Kirke and Boz Burrell got together in France to record new songs using the Rolling Stones' mobile recording studio. Those sessions produced Run With The Pack, a 10-song album that came out in early 1976 and rose to #4 in England and #5 in America, where it sold three million copies alone. Radio stations embraced the title track along with a cover of The Coasters' "Young Blood," while "Silver, Blue & Gold" became one of the band's signature tracks, even though it was never officially released as a single.

The bonus disc that accompanies Run With The Pack (Deluxe) includes unreleased early mixes for "Honey Child" and "Simple Man," as well as an extended version of the title track. There's also the previously unreleased "Let There Be Love," an outtake from the recording sessions. In fact, the acoustic version of "Do Right By Your Woman," previously only available as the B-Side of the single release of "Run With The Pack," is the only song on the bonus disc that has ever been previously released.
96 kHz / 24-bit PCM – Rhino Atlantic Studio Masters