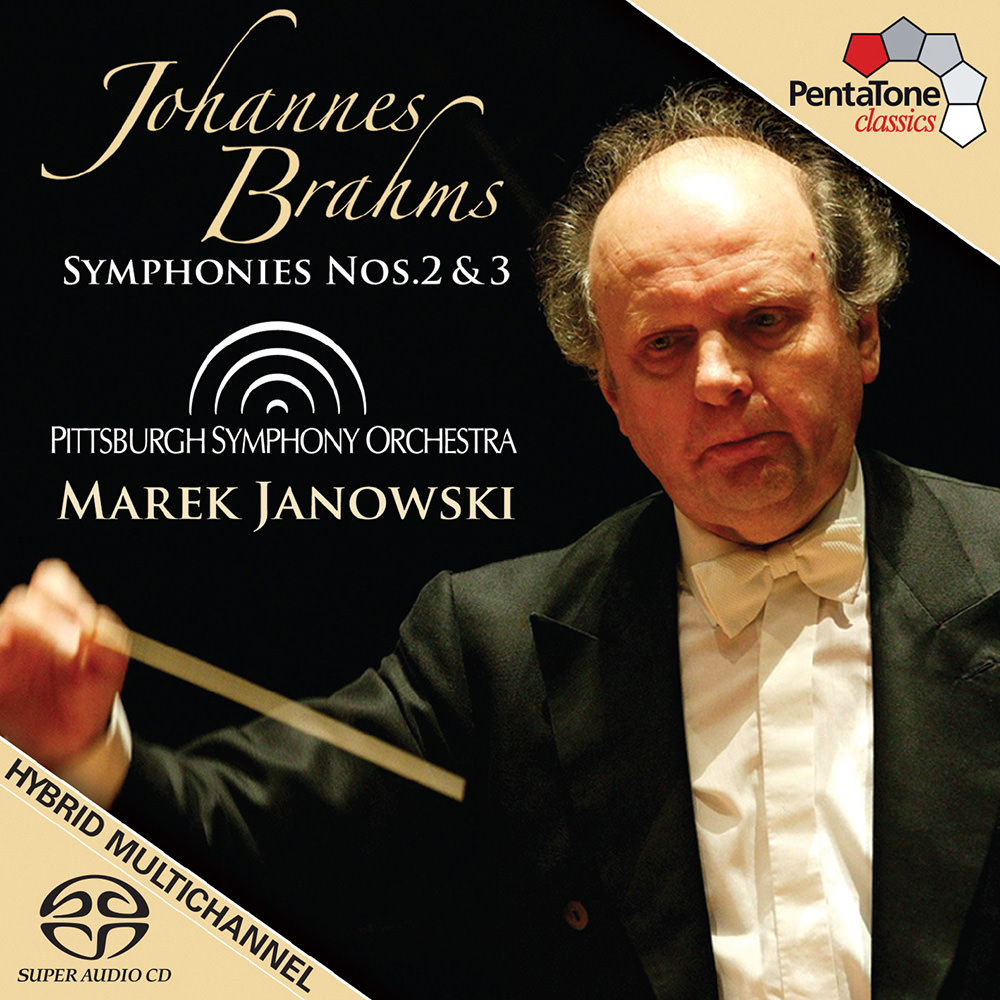 Available in 96 kHz / 24-bit AIFF, FLAC and 2.8224 MHz DSD high resolution audio formats
"Marek Janowski's Brahms is refreshingly balanced and free of eccentricities." - BBC Music Magazine "... it’s a sign of the special qualities of Marek Janowski’s Brahms that he’s at his best in this very symphony." - ClassicsToday.com "Five Stars ... refuses to bow to convention and play to the gallery ... it’s notoriously difficult to bring off this work convincingly, yet by negotiating the music’s dramatic contours with complete naturalness, Janowski and his fabulous Pittsburghers create the impression of profound ease and inevitability." - Classic FM This live album is the second in a series of the complete Brahms symphonies from the Pittsburgh Symphony Orchestra led by Brahms specialist Marek Janowski. The Third Symphony is notoriously difficult to play well, but these interpretations, recorded at Heinz Hall in Pittsburgh, have been called "fresh and satisfying."
96 kHz / 24-bit PCM and 2.8224 MHz DSD – PentaTone Studio Masters