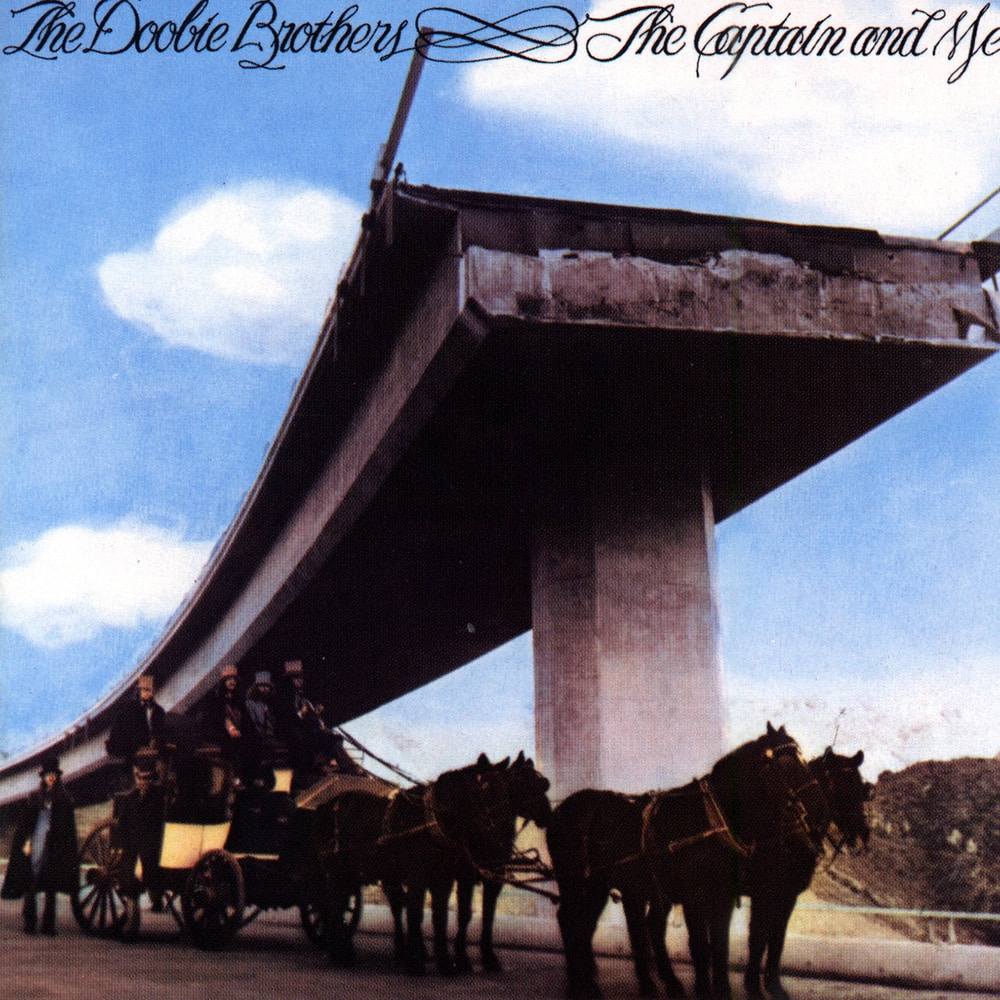 The Captain And Me

Available in MQA and 192 kHz / 24-bit, 96 kHz / 24-bit AIFF, FLAC high resolution audio formats
The Captain and Me is the third studio album by American rock band The Doobie Brothers. The album was released on March 2, 1973, by Warner Bros. Records. There was pressure on the band to move quickly and to save time they began reworking old tunes. One of Tom Johnston's songs, "Osborn", had been an improvisational piece that the band played live. After laying down the track, according to producer Ted Templeman, "We still really didn't have it, and I said, 'Make it about a train, since you have this thing about 'Miss Lucy down along the track.' So he came up with "Long Train Runnin'." Synthesizers and strings were brought in to record The Captain and Me. Synth programmers Malcolm Cecil and Robert Margouleff were brought in to engineer the opening track, "Natural Thing". Striving for a synthesized sound like that of The Beatles' "Being for the Benefit of Mr. Kite!" they would overdub individual notes to create chords for the song's bridge." "Dark Eyed Cajun Woman" was a bluesy track (one of the band's earliest) and seen by Johnston as a tribute to the blues and B.B. King. "South City Midnight Lady", while being about San Jose, is not about any woman in particular. Jeff Baxter of Steely Dan played pedal steel guitar on the track. He would become an official Doobie Brother in 1974. Cecil and Margouleff also added the synthesized effect of a woman whispering at the end. "Clear as the Driven Snow", according to Johnston, is a warning about recreational chemical abuse, which reflected the band members' lifestyles at that time. The second side of the album opens with the rocker "Without You". This song, like many others, had begun as a jam. "That song had both drummers playing at the same time," Johnston stated. "It was kind of a tribute to The Who. We did it in concert for quite a while."
192 kHz / 24-bit, 96 kHz / 24-bit PCM – Rhino/Warner Bros. Studio Masters