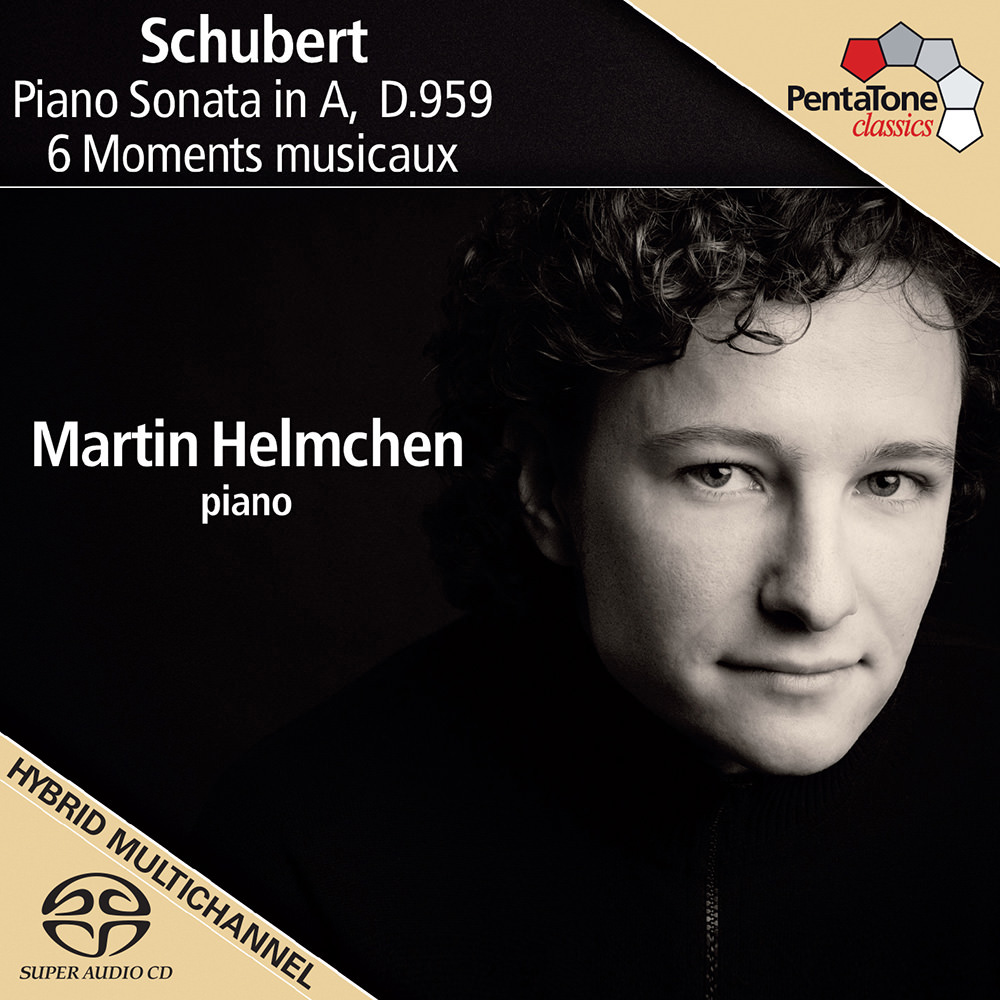 Available in 96 kHz / 24-bit AIFF, FLAC and 2.8224 MHz DSD high resolution audio formats
"... Helmchen has a noble bearing and a noble sound, shaping lines as elegant and clean as a Greek temple’s." - The New York Times "Five Stars ... (the piano sonata) is performed by Helmchen with a naturalness which does justice to both its subtleties and stark contrasts. The Moments musicaux may be thought to play themselves, but this account of them is equally compelling and fresh." - BBC Music Magazine "Four Stars ... the sound is really excellent: broad, deep and ringing, with wondrous depth and spatial properties. Helmchen plays this music with full authority and clarity ... tough repertory in a crowded field demands some sturdy chops and Martin is off to a fine start." - Audiophile Audition "... such is the strength and poetic commitment of Helmchen's playing that he already makes comparison irrelevant ... one awe-inspiring moment would be the Andantino, naturally paced, enviably poised and focused ... suggests a young pianist of rare maturity and vision." - Gramophone The first solo recital album from young, rising star pianist Martin Helmchen displays his virtuosic yet unpretentious style on these works by Schubert. The album helped established his reputation for superbly fresh and energetic interpretations of beloved piano works.
96 kHz / 24-bit PCM and 2.8224 MHz DSD – PentaTone Studio Masters