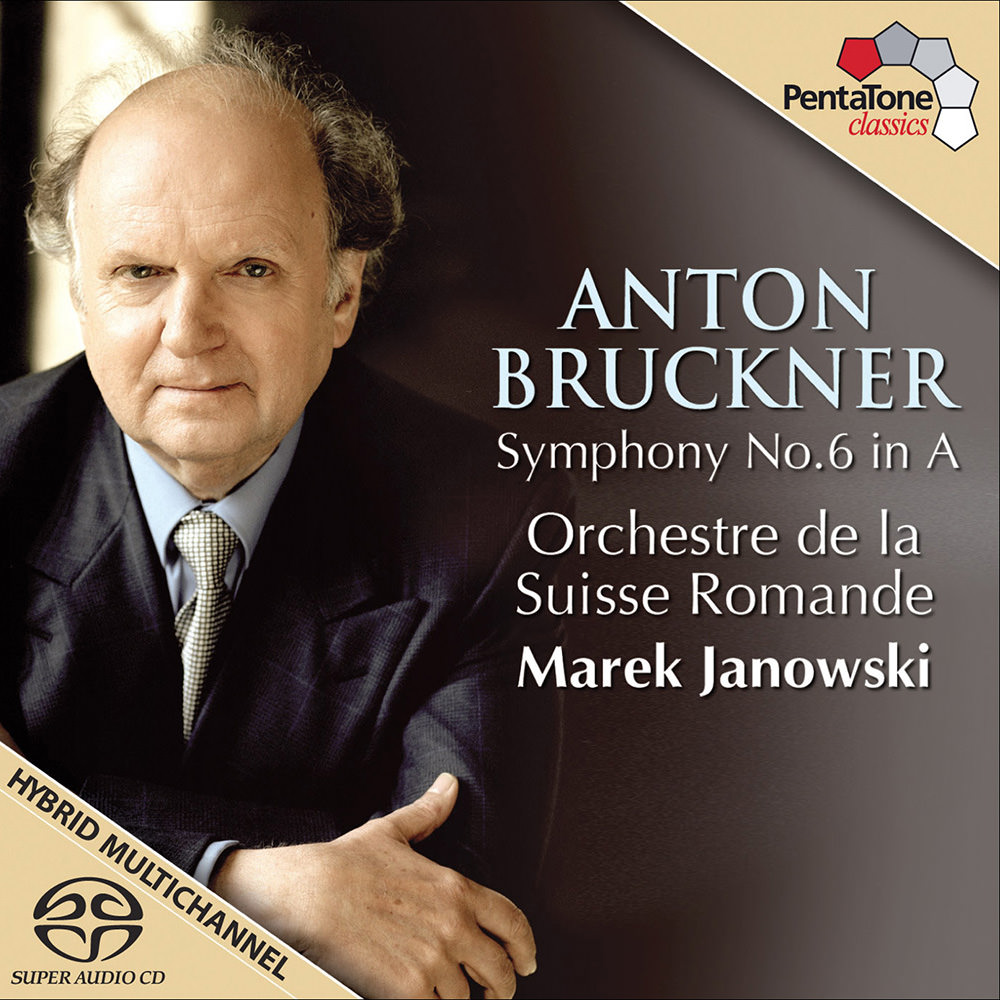 Anton Bruckner: Symphony No. 6 in A

"... Janowski really lets the brass section rip at the climaxes and in the first movement that means a blazing recapitulation and coda. The sonics are excellent ..."
- ClassicsToday.com

Renowned Bruckner expert Marek Janowski recorded the complete Bruckner cycle of symphonies with the Orchestre de la Suisse Romande between 2008 and 2013; the albums were released individually over the years and repackaged as a critically-praised box set. This recording of the Sixth Symphony, one of Bruckner's lesser performed symphonies, was released in 2009 and is one of the earliest volumes in the series.
96 kHz / 24-bit PCM and 2.8224 MHz DSD – PentaTone Studio Masters