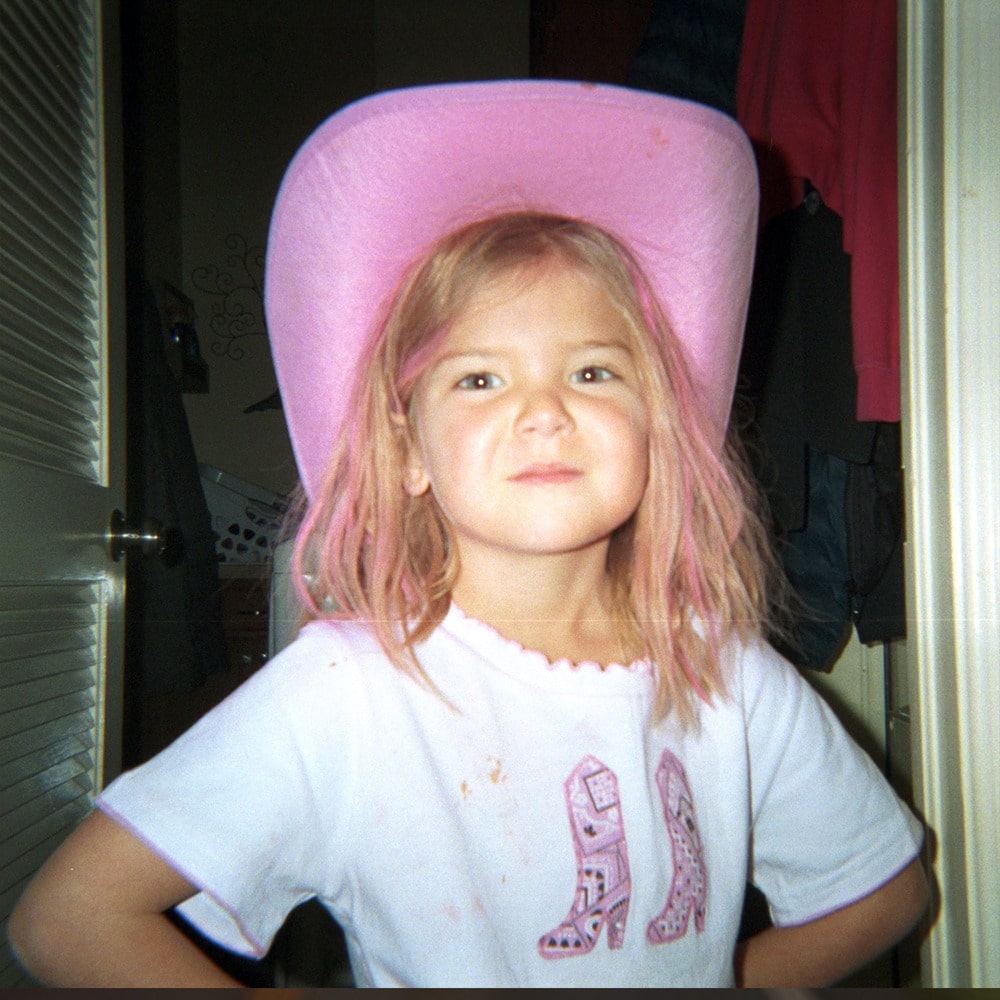 Briston Maroney releases Indiana, his new EP. Recorded in rural Kentucky's Thunder Sound studio and defogging the haze of dual upbringings in Knoxville and Amelia Island, Indiana presents a new beginning for the 21-year-old finally finding his footing in Nashville.

Across the four tracks and artwork featuring a girl trying to dress up like the older sister she idolizes, Maroney meditates on the sobering disparities between adolescent dreams and adult realities. In what quickly became the most fleeting, restless point of his life, he dropped out of college, floundered back to one of his homes – a story recounted in the heartrending "St. Augustine" – but returned to Nashville with some of the most visceral and vulnerable rock n roll coming out of the city's DIY scene.

"My choice of using the photo of the young cowgirl was an attempt at symbolizing how much we all wish we were something that we are not. The songs on this EP touch on this idea exactly. The essence of each is the underlying dissatisfaction with who you are in comparison to who you want to become."
- Briston Maroney
44.1 kHz / 24-bit PCM – Canvasback/ATL Studio Masters