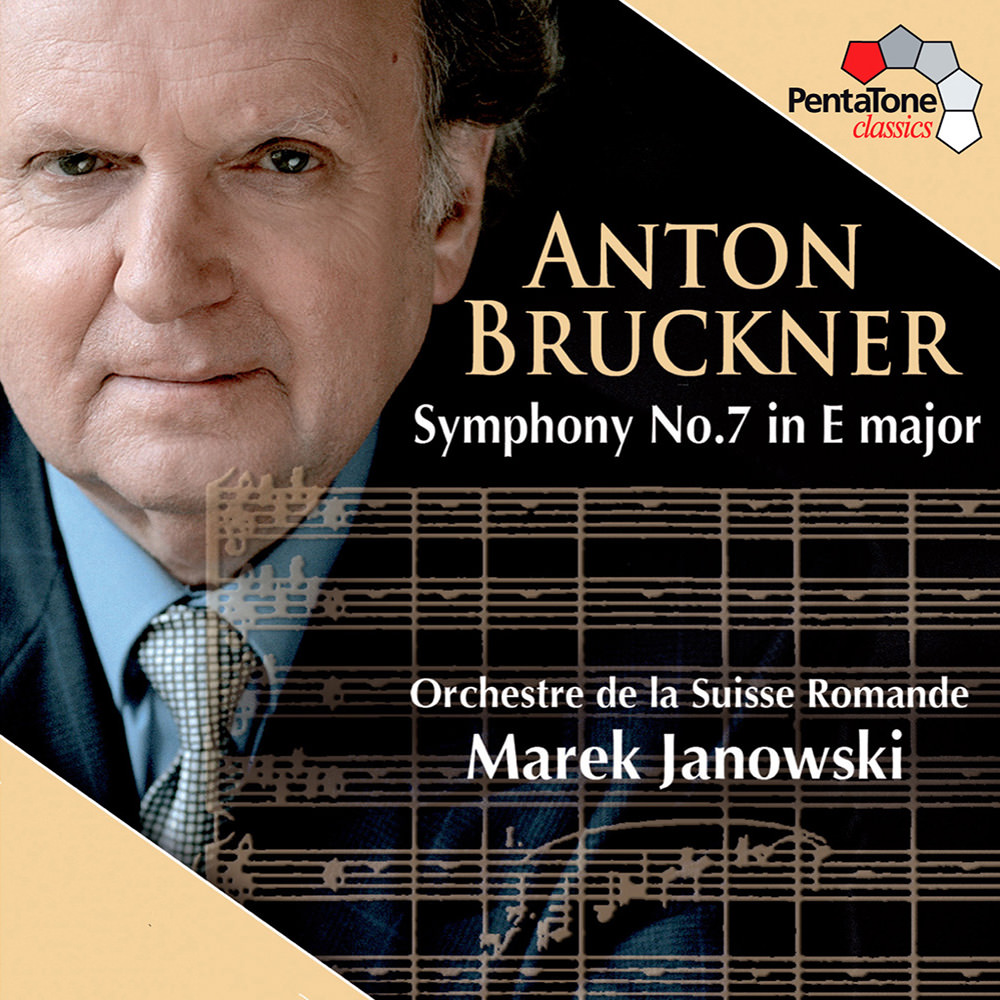 Available in 96 kHz / 24-bit AIFF, FLAC and 2.8224 MHz DSD high resolution audio formats
"Four Stars ... every department delivers superbly, with gorgeously rich strings, mellow woodwind and powerful brass. Janowski's conducting combines a true sense of Brucknerian space with impressive purpose and drive ..." - Classic FM "Janowski has forged an instrument that projects Bruckner's richly textured canvases with a combination of warmth, transparency and tonal weight, the brass sounding particularly impressive ... PentaTone has provided excellent sound ... another significant step towards what I am convinced will eventually turn out to be one of the finest recorded Bruckner cycles of the 21st century." - Gramophone Renowned Bruckner expert Marek Janowski recorded the complete Bruckner cycle of symphonies with the Orchestre de la Suisse Romande between 2008 and 2013; the albums were released individually over the years and repackaged as a critically-praised box set. This recording of the Seventh Symphony, in the Nowak Edition, was released in 2011.
96 kHz / 24-bit PCM and 2.8224 MHz DSD – PentaTone Studio Masters