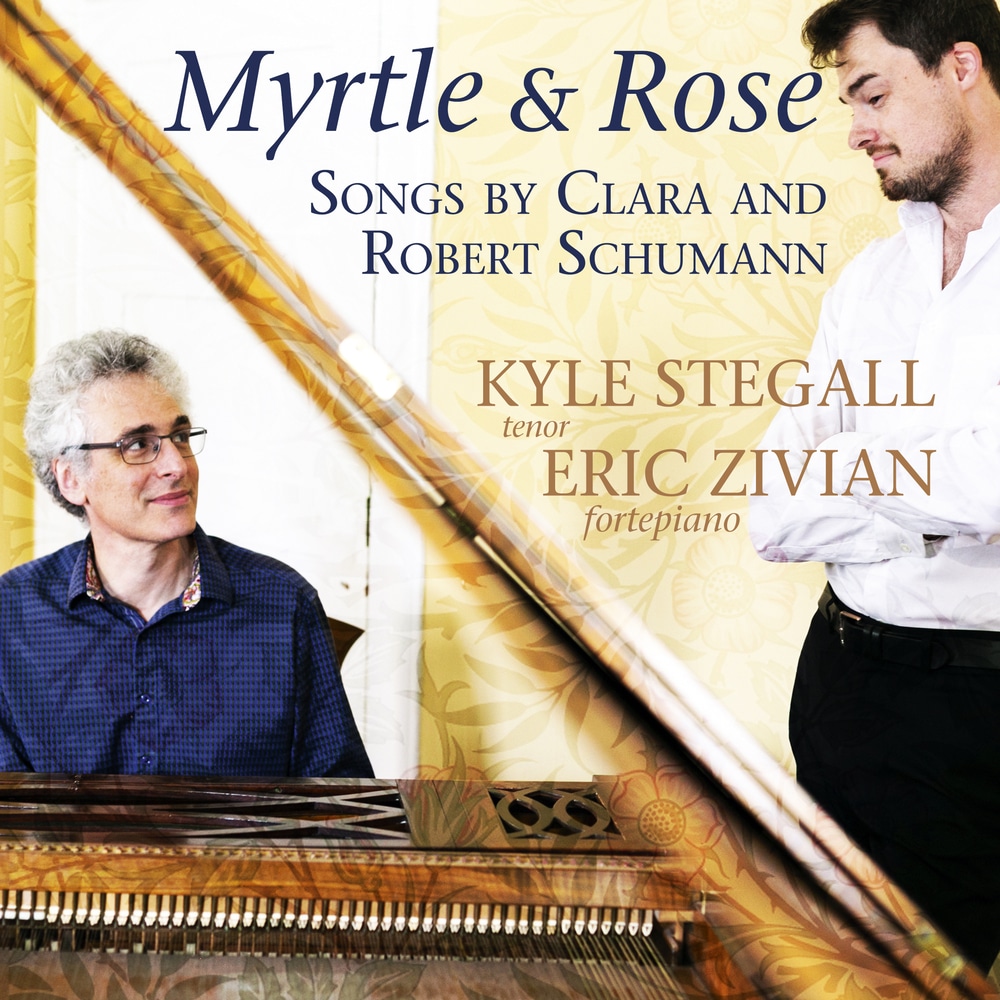 Myrtle and Rose: Songs by Clara and Robert Schumann

Available in 96 kHz / 24-bit AIFF, FLAC high resolution audio formats
“A gentle tone that melted the hearts of all.” - OperaWire “The last word in low key virtuosity.” - San Francisco Classical Voice Myrtle and Rose- the title taken from the Heinrich Heine poem which Robert Schumann set as the final song of his Liederkreis, Op. 24- features two of Robert Schumann’s most beloved song cycles (the other being Liederkreis, Op. 39) along with several rarely-recorded songs by his wife Clara. The album beautifully captures the artistic partnership of tenor Kyle Stegall and fortepianist Eric Zivian, who first collaborated at the Valley of the Moon Music Festival in Sonoma, California. Stegall’s “lovely tone and ardent expression” (The New York Times) and Eric Zivian’s original 1841 Rausch fortepiano from Vienna- built exactly when the songs were written- combine in these inspired and illuminating interpretations.
96 kHz / 24-bit PCM – AVIE Records Studio Masters