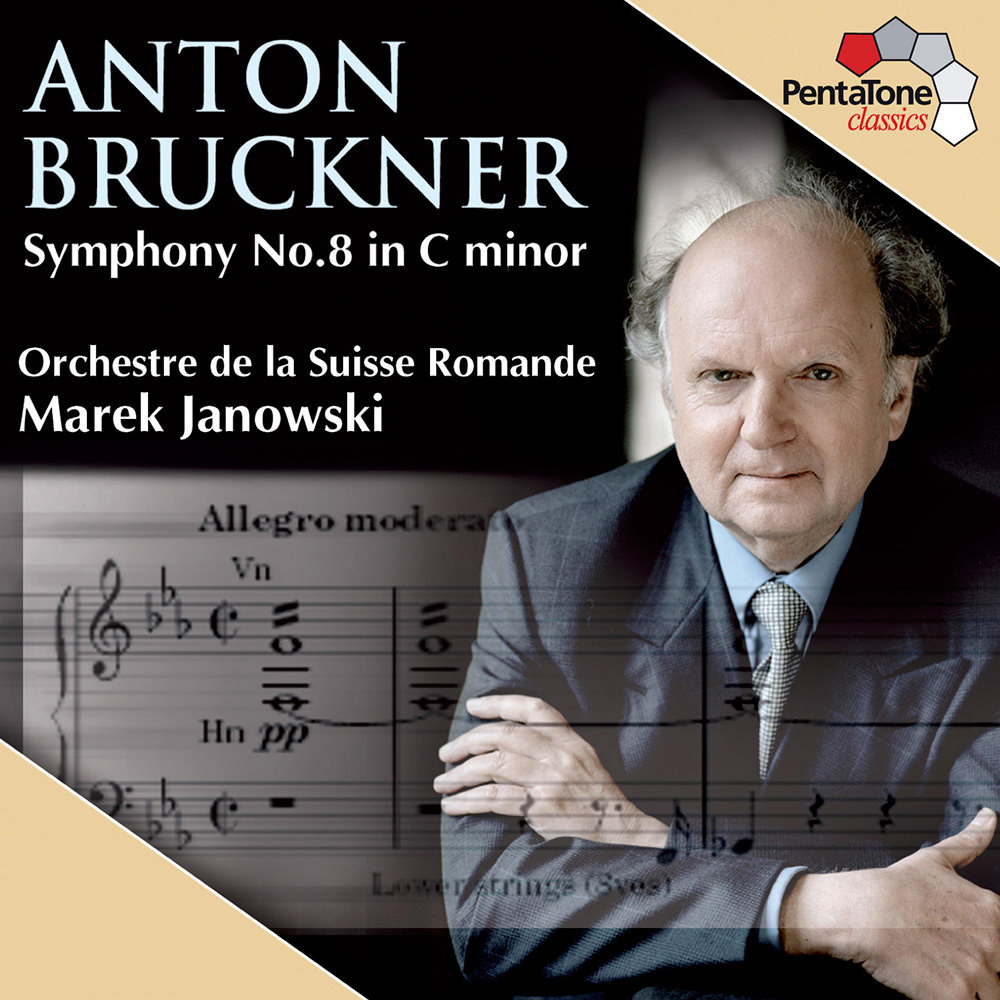 "It is remarkable that Marek Janowski can produce a performance such as this with the Suisse Romande Orchestra ... as here recorded they are mightily effective conveying Janowski's dynamic performance."
- ClassicalCDReview.com

"As an interpreter of Bruckner, Marek Janowski steers a straight centre course ... I don't think I've ever heard the finale bound in a more perfectly judged tempo, accelerating almost imperceptibly for the opening bars, then steadying so that brass make their full effect ... I can't imagine anyone being disappointed."
- Gramophone

"There are things in this performance, wonderful things, that you won't hear anywhere else ... special touches include the most ferocious attack on the opening of the finale yet recorded ... it's beyond thrilling ... exemplary ensemble balances make every strand in the texture audible, while the engineering couldn't be more natural. This is without question one of the great performances."
- ClassicsToday.com

Renowned Bruckner expert Marek Janowski recorded the complete Bruckner cycle of symphonies with the Orchestre de la Suisse Romande between 2008 and 2013; the albums were released individually over the years and repackaged as a critically-praised box set. This recording contains the 1890 version of the Eighth Symphony in the Nowak edition.
96 kHz / 24-bit PCM and 2.8224 MHz DSD – PentaTone Studio Masters