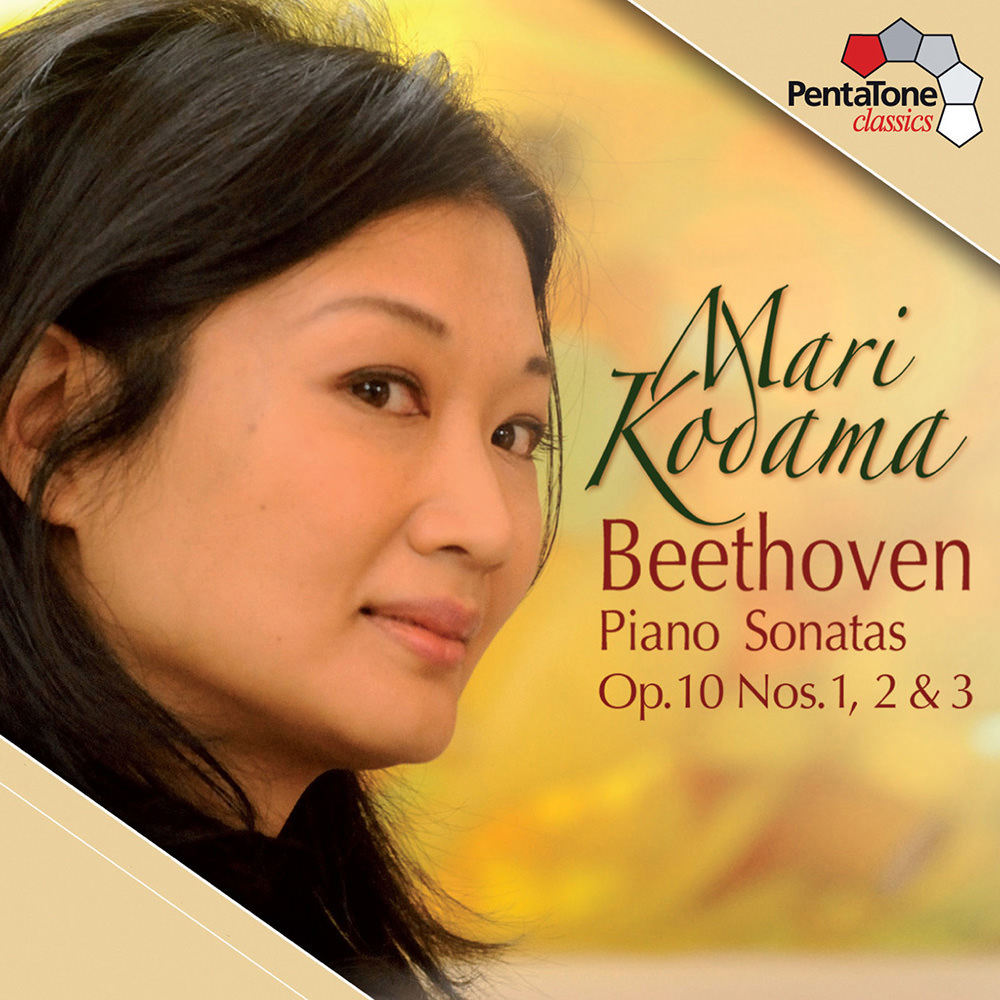 "... Kodama retains her golden sound and exquisite musical poise throughout even the thorniest of Beethoven’s virtuosic outbursts ..."
- Classic FM

"... there’s much playing of real distinction here, and anyone wanting a high-quality version in state-of-the-art sound won’t go wrong ... I’ll be keeping this in my collection and can see returning to the first and third sonatas."
- Fanfare

Superstar Japanese pianist Mari Kodama dedicated 10 years of her career to performing and recording the complete cycle of Beethoven's piano sonatas, a project that yielded nine albums and made her only the fourth woman to have recorded all of Beethoven's sonatas. On this installment from 2011, she performs the three Op. 10 piano sonatas.
96 kHz / 24-bit PCM and 2.8224 MHz DSD – PentaTone Studio Masters