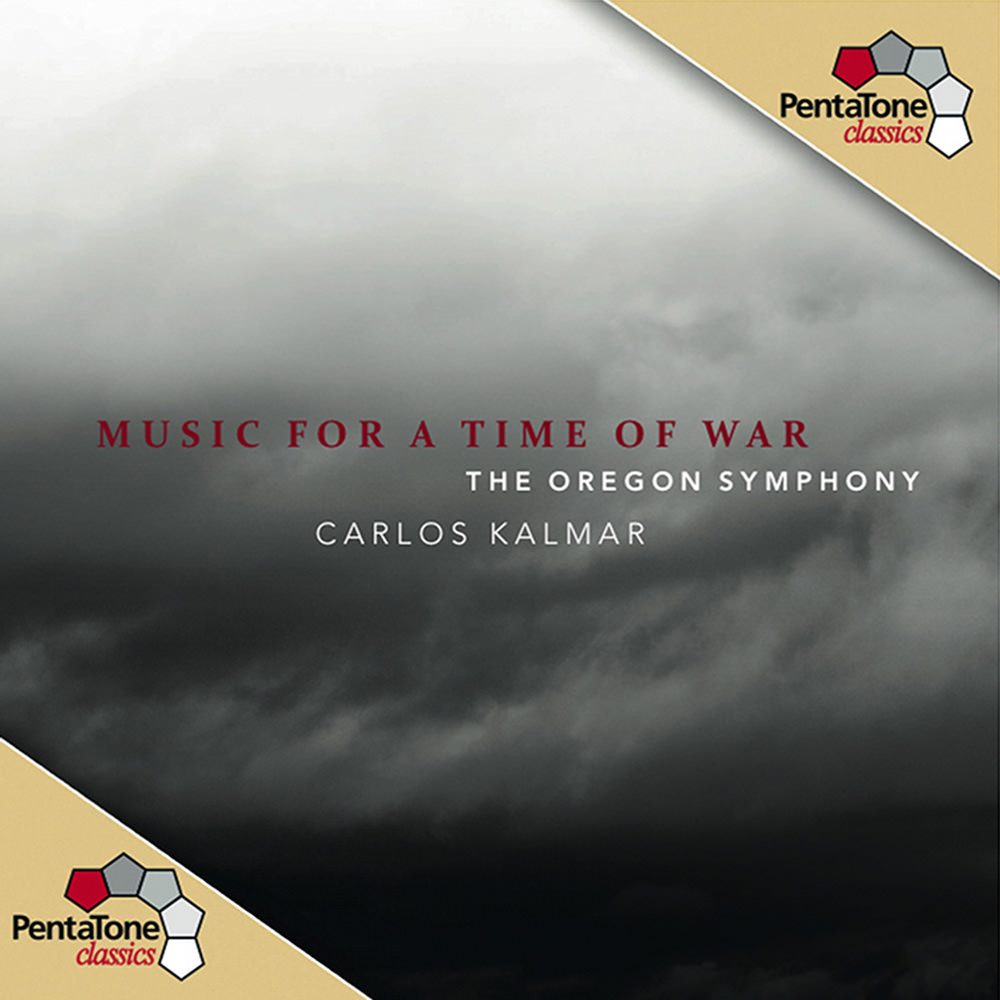 Music for a Time of War (Live)

"... (an) intense but rewarding program ... performances are all convincing. Kalmar keeps up the emotional heat but knows exactly when to pull back and give the listener some respite while maintaining an undercurrent of dread ... sound is terrific, vivid, highly detailed and dynamic. The sound of massed strings playing softly is gorgeous, subtly textured ..."
- The Absolute Sound

This album from Carlos Kalmar and his Oregon Symphony Orchestra focuses on four works dealing with the theme of war, from composers Charles Ives, John Adams, Benjamin Britten and Ralph Vaughan Williams. The recording won a Grammy Award in 2012 for its production and earned two other Grammy nominations including Best Orchestral Performance and Best Engineered Album, Classical.
96 kHz / 24-bit PCM and 2.8224 MHz DSD – PentaTone Studio Masters