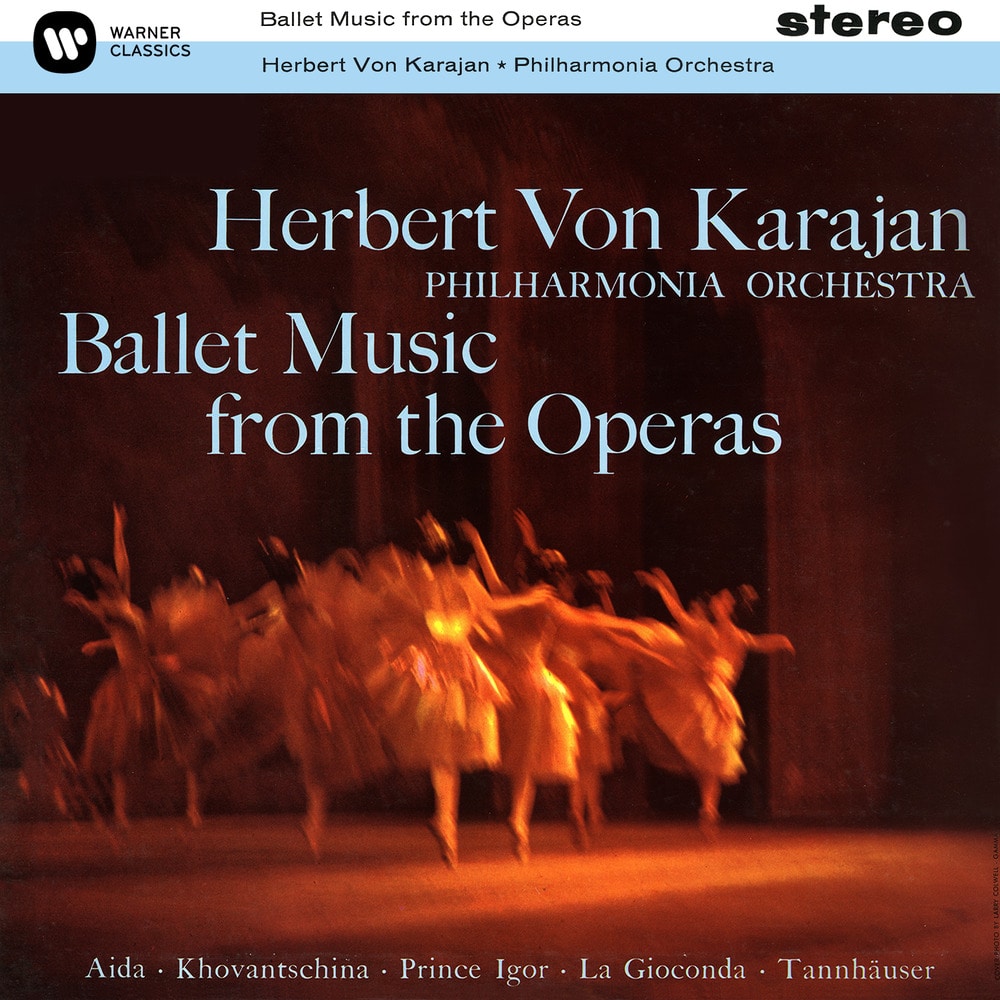 Ballet Music from the Operas (HD)

Available in MQA and 96 kHz / 24-bit AIFF, FLAC high resolution audio formats
Taking Karajan's unparalleled recorded legacy into the 21st century, Warner Classics paid tribute to the maestro on the 25th anniversary of his death July 16, with 20 of his most beloved albums remastered in high-definition quality for exclusive digital release. At least half of the prolific conductor's discography was recorded for EMI. His partnership with the label spanned his entire career - from 1946 and the first collaborations with legendary producer Walter Legge, to 1984 just five years before Karajan's death. The albums feature his beloved Berliner Philharmoniker, which named him 'conductor for life', and the London-based Philharmonia founded by Legge, with whom the conductor produced some of his finest recordings. Karajan's output for EMI was wide-ranging and forward-looking. In this edition, Karajan covers the breadth of operatic ballet, from the traditional Italian opera of Verdi, to the gripping and dramatic chromaticism of Wagner. This treasure trove has been painstakingly remastered at London's Abbey Road Studios in 24-bit/96kHz from the original tapes, available for the first time as digital, high-definition releases via iTunes. Unlike many remastered classics, however, the Karajan collection has preserved the original vintage album artwork.
96 kHz / 24-bit PCM – Warner Classics International Studio Masters