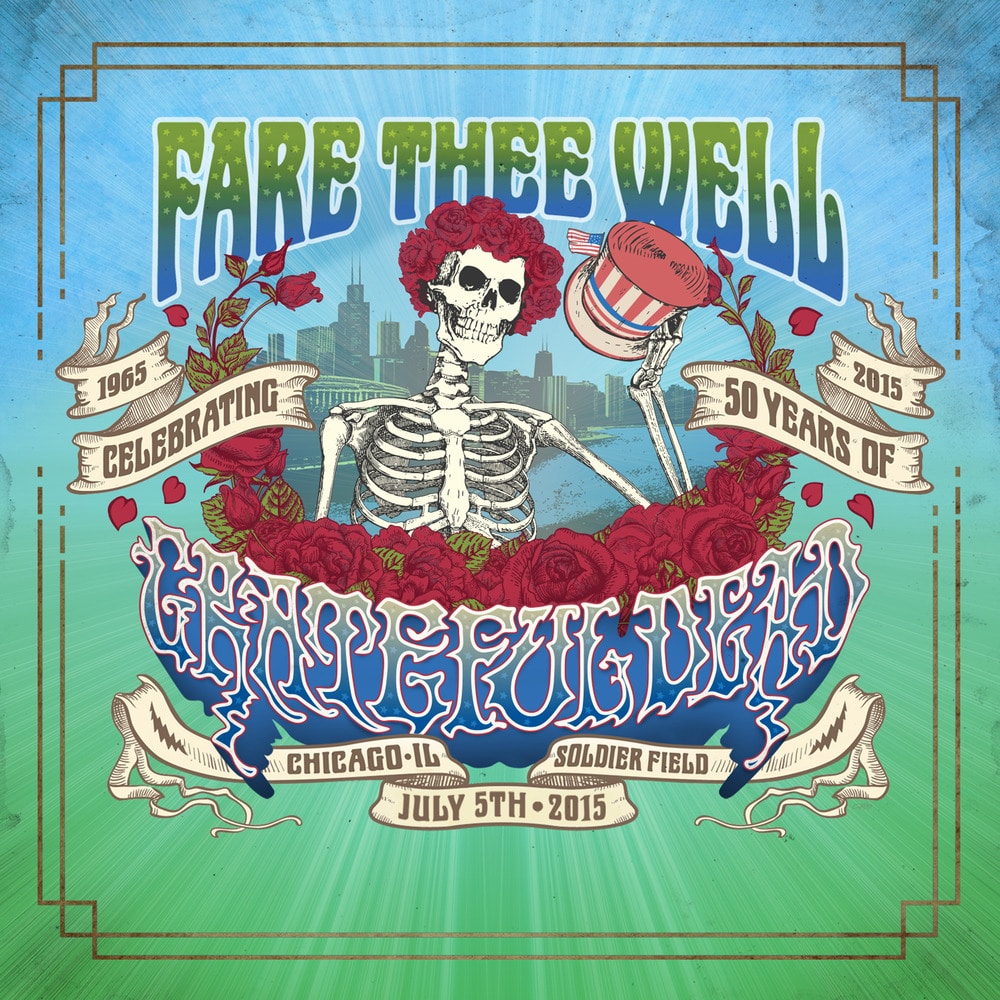 Available in MQA and 96 kHz / 24-bit AIFF, FLAC high resolution audio formats
"The performances here feel familiar and new at the same time, and it's a pleasure to revisit these songs' subjects: people who hope and dream and see and think and fail and win and want. Losers, lovers, gamblers, mystic guides. They're all here, in this collection as in The Grateful Dead itself — communal and eternal." - NPR Fare Thee Well: Celebrating 50 Years of the Grateful Dead was a series of concerts which were performed by most of the surviving members of the Grateful Dead: Bob Weir, Phil Lesh, Bill Kreutzmann and Mickey Hart, joined by Trey Anastasio, Bruce Hornsby and Jeff Chimenti, to celebrate the 50th anniversary of the Grateful Dead. The performances took place at Santa Clara's Levi Stadium on June 27 and 28, 2015 and Chicago's Soldier Field on July 3, 4 and 5, 2015. These performances marked the first time Weir, Lesh, Kreutzmann and Hart had performed together since the Dead's 2009 tour and was publicized as the final time the musicians would all perform together. This three-disc compilation contains the full performances from Soldier's Field on July 5. President Obama acknowledged the band in a special message that appeared in the official program for the event on July 3, 2015: "Here's to fifty years of the Grateful Dead, an iconic American band that embodies the creativity, passion, and ability to bring people together that makes American music so great. Enjoy this weekend's celebration of your fans and legacy. And as Jerry would say, 'Let there be songs to fill the air.'"
96 kHz / 24-bit PCM – Grateful Dead/Rhino Studio Masters