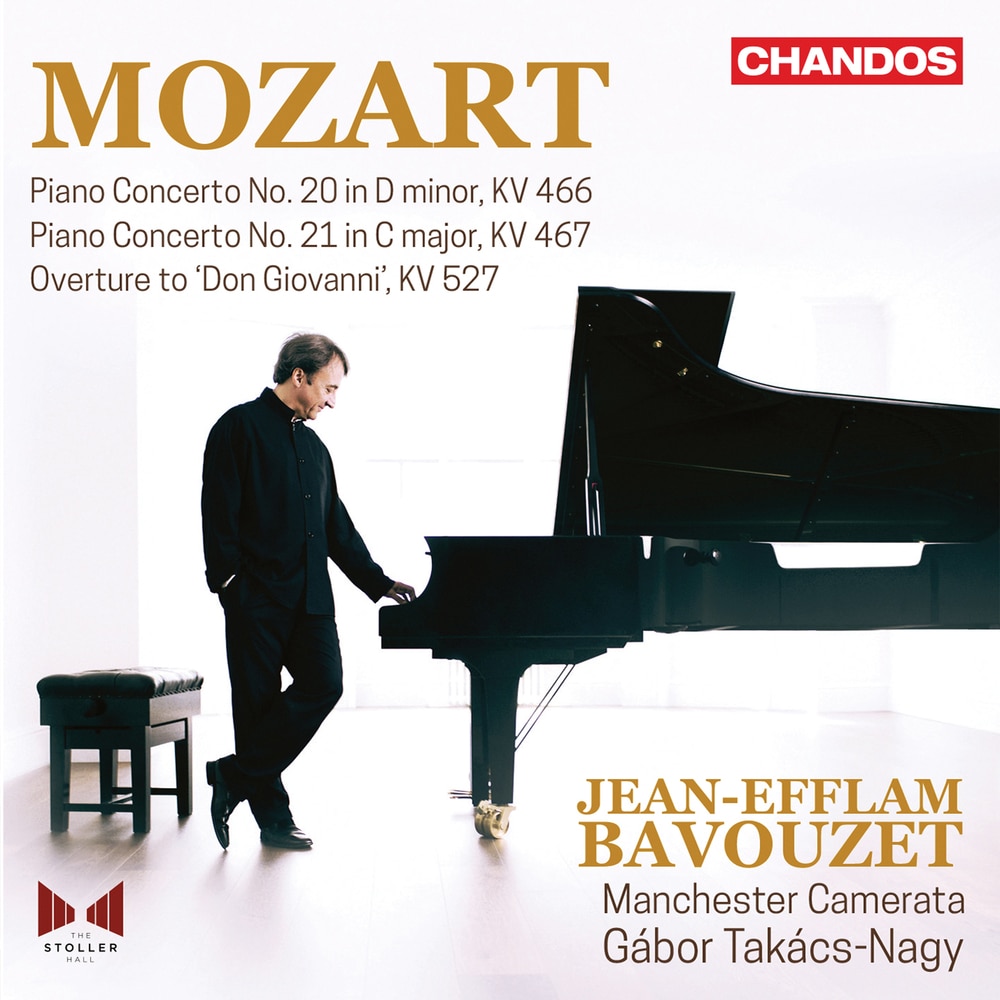 Jean-Efflam Bavouzet’s first three volumes of Mozart concertos with the Manchester Camerata and Gábor Takács-Nagy have been received with widespread acclaim, and so it is with some excitement that we release the keenly anticipated fourth instalment in the series.

Composed within just one month in early 1785, these two concertos by Mozart are among the most popular of all his piano concertos. No. 20, KV 466 was his first concerto in a minor key, and its dark and stormy nature contrasts with the light and sunny atmosphere of Concerto No. 21, KV 467.

Like so many of his piano concertos, both works were composed for the Vienna concert season and were given their premiere performances with Mozart at the keyboard.

The two concertos are interspersed on this recording with a vivid performance of the Overture to Don Giovanni, which shares traits with both concertos and further demonstrates the exemplary playing of Manchester Camerata.
96 kHz / 24-bit PCM – Chandos Studio Masters