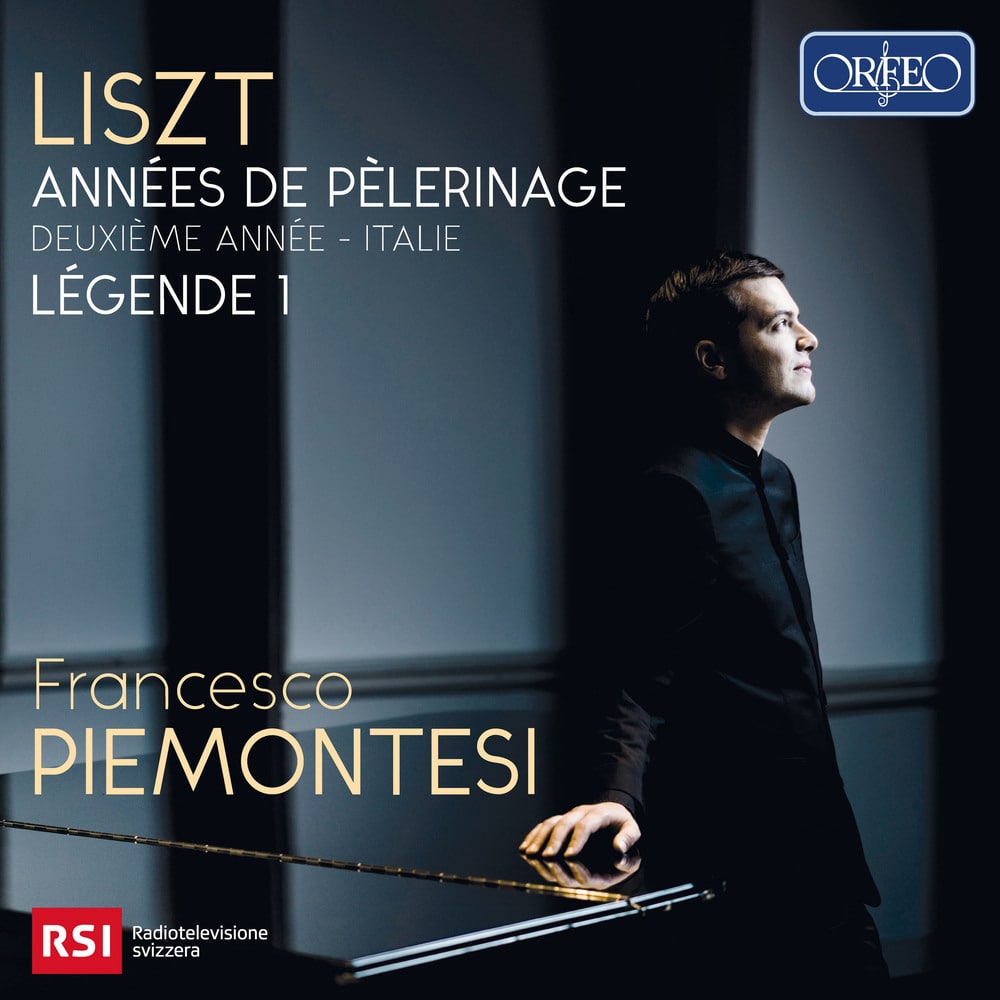 Available in 96 kHz / 24-bit AIFF, FLAC high resolution audio formats
Francesco’s latest recording has been released by Orfeo. The album features Liszt’s “Première année: Suisse” from Années de pèlerinage and Deux Légende: St. François de Paule marchant sur les flots. The Années de pèlerinage are widely considered to be among Liszt’s great works. The title refers to Goethe’s novel Wilhelm Meister’s Journeyman Years and Liszt clearly places the work in line with the Romantic literature of his time, prefacing most pieces with a literary passage from writers such as Schiller, Byron or Senancour. In an introduction to the complete work, Liszt wrote: “Having recently travelled to many new countries, through different settings and places consecrated by history and poetry; having felt that the phenomena of nature and their attendant sights did not pass before my eyes as pointless images but stirred deep emotions in my soul, and that between us a vague but immediate relationship had established itself, an undefined but real rapport, an inexplicable but undeniable communication, I have tried to portray in music a few of my strongest sensations and most lively impressions.” - Francesco Piemontesi
96 kHz / 24-bit PCM – Orfeo Studio Masters