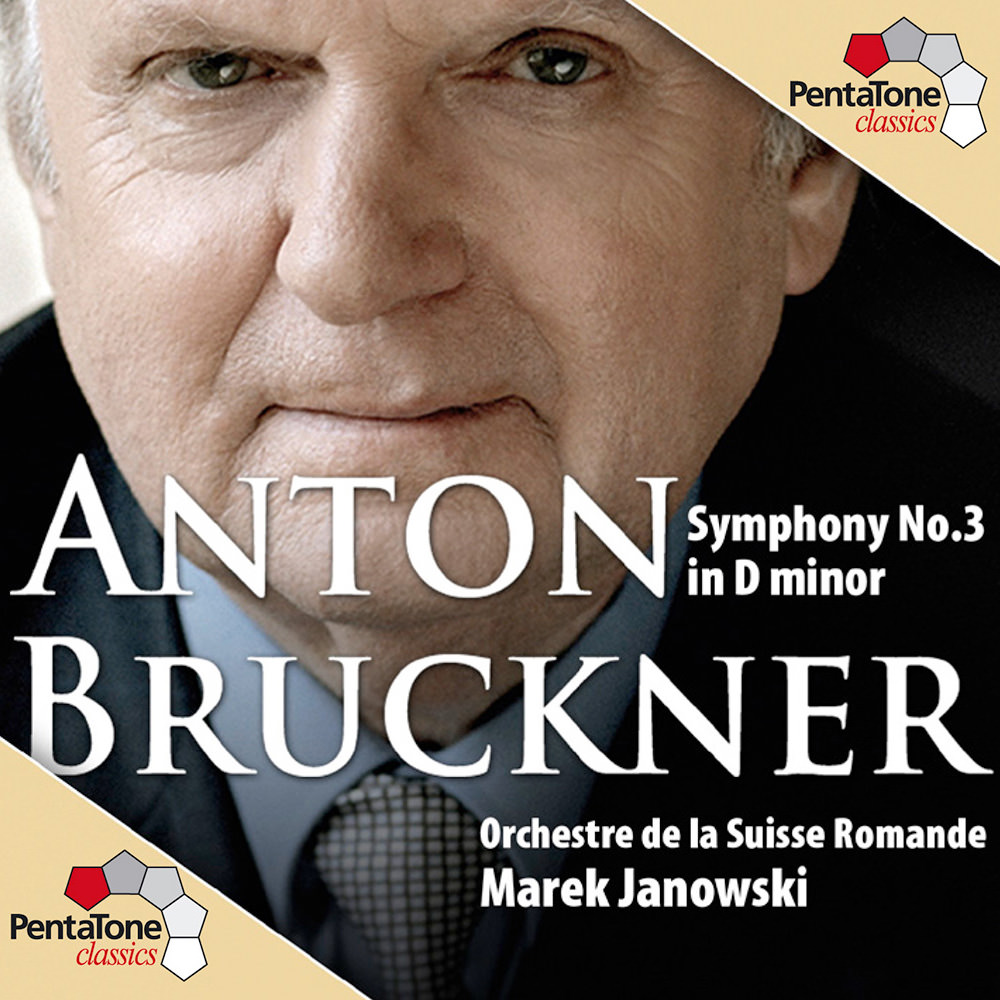 Available in 96 kHz / 24-bit AIFF, FLAC and 2.8224 MHz DSD high resolution audio formats
"For anyone wanting the 1889 version in very fine modern sound, this is a serious contender." - International Record Review "... the quality of the orchestral playing and of the recorded sound deserve universal praise. Technically, the orchestra is in top form. Their balance is finely judged and their tonal control, especially at the climaxes, is exemplary. PentaTone achieves its usual high standards ..." - Fanfare "... Janowski certainly knows how to generate heat and excitement at the great releases. What a terrific surge he achieves into the coda of the first movement ... those special moments of communion that Bruckner achieves with his audience are beautifully identified by Janowski in the slow movement ..." - Gramophone Renowned Bruckner expert Marek Janowski recorded the complete Bruckner cycle of symphonies with the Orchestre de la Suisse Romande between 2008 and 2013; the albums were released individually over the years and repackaged as a critically-praised box set. This volume from 2012 contains the 1889 revision, edited by Leopold Nowak.
96 kHz / 24-bit PCM and 2.8224 MHz DSD – PentaTone Studio Masters