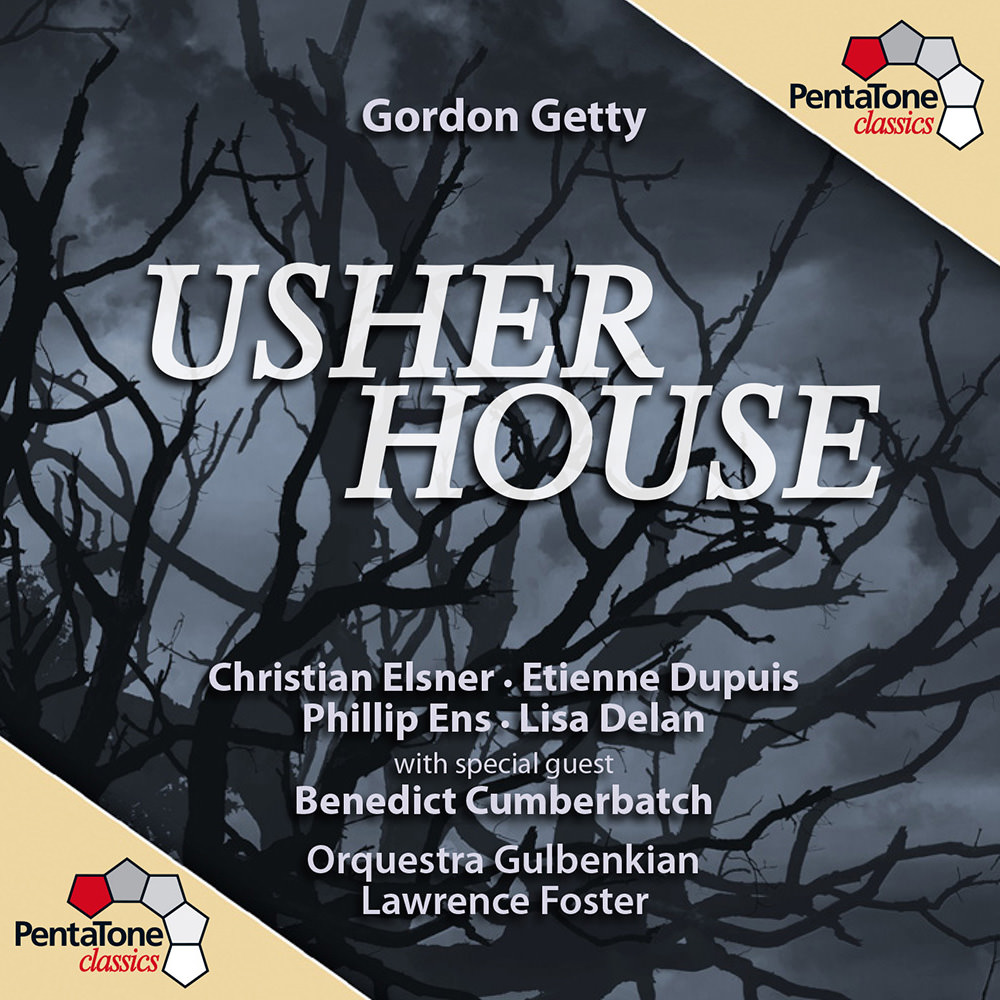 Available in 96 kHz / 24-bit AIFF, FLAC and 2.8224 MHz DSD high resolution audio formats
"... the opera is highly entertaining and I was entranced by Getty’s spectacular ability to create such a wonderful atmosphere and sustain it for 67 minutes. This is a real tour de force, certainly the best and most sustained musical creation of his I have heard and as such I recommend your listening to it." - Fanfare Lawrence Foster and the Gulbenkian Orchestra present this recording of Gordon Getty’s second opera, for which he wrote his own libretto loosely based on Poe’s short story The Fall of the House of Usher. A masterpiece whose music is both accessible and exciting, it's a tale of good, evil and redemption, with Poe himself as the narrator who lived to tell the story. Getty, who studied English literature at university, has characterized his compositions as follows: “Whatever it was that the great Victorian composers and poets were trying to achieve, that’s what I’m trying to achieve."
96 kHz / 24-bit PCM and 2.8224 MHz DSD – PentaTone Studio Masters