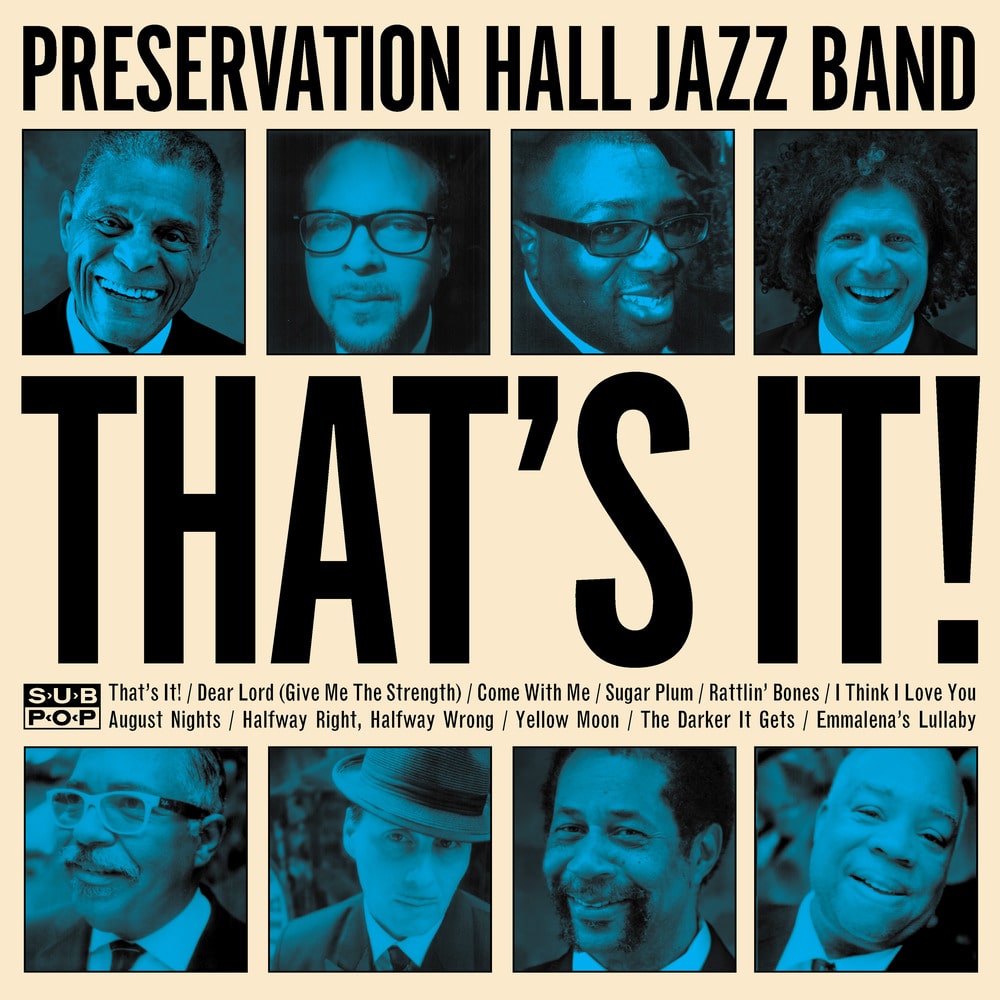 Available in MQA and 44.1 kHz / 24-bit AIFF, FLAC audio formats
At a moment when musical streams are crossing with unprecedented frequency, it’s crucial to remember that throughout its history, New Orleans has been the point at which sounds and cultures from around the world converge, mingle, and resurface, transformed by the Crescent City’s inimitable spirit and joie de vivre. Nowhere is that idea more vividly embodied than in the Preservation Hall Jazz Band, which has held the torch of New Orleans music aloft for more than 50 years, all the while carrying it enthusiastically forward as a reminder that the history they were founded to preserve is a vibrantly living history. Preservation Hall Jazz Band’s That’s It! (2013) is an eclectic album that draws on the collective experience of players nurtured in the New Orleans tradition but determined to build something fresh and exciting on that foundation. It marks an important milestone in PHJB Creative Director Ben Jaffe’s crusade to carry forward the Hall’s original mission while making it relevant to today’s audiences.” For his part, co-producer Jim James (My Morning Jacket) is convinced that the PHJB has a future as vibrant as its past: “The music will speak forever,” he says. “Will people stop listening to Beethoven? Will people stop listening to Bob Dylan? Will people stop listening to the Preservation Hall Jazz Band?”
44.1 kHz / 24-bit PCM – Sub Pop Records Studio Masters