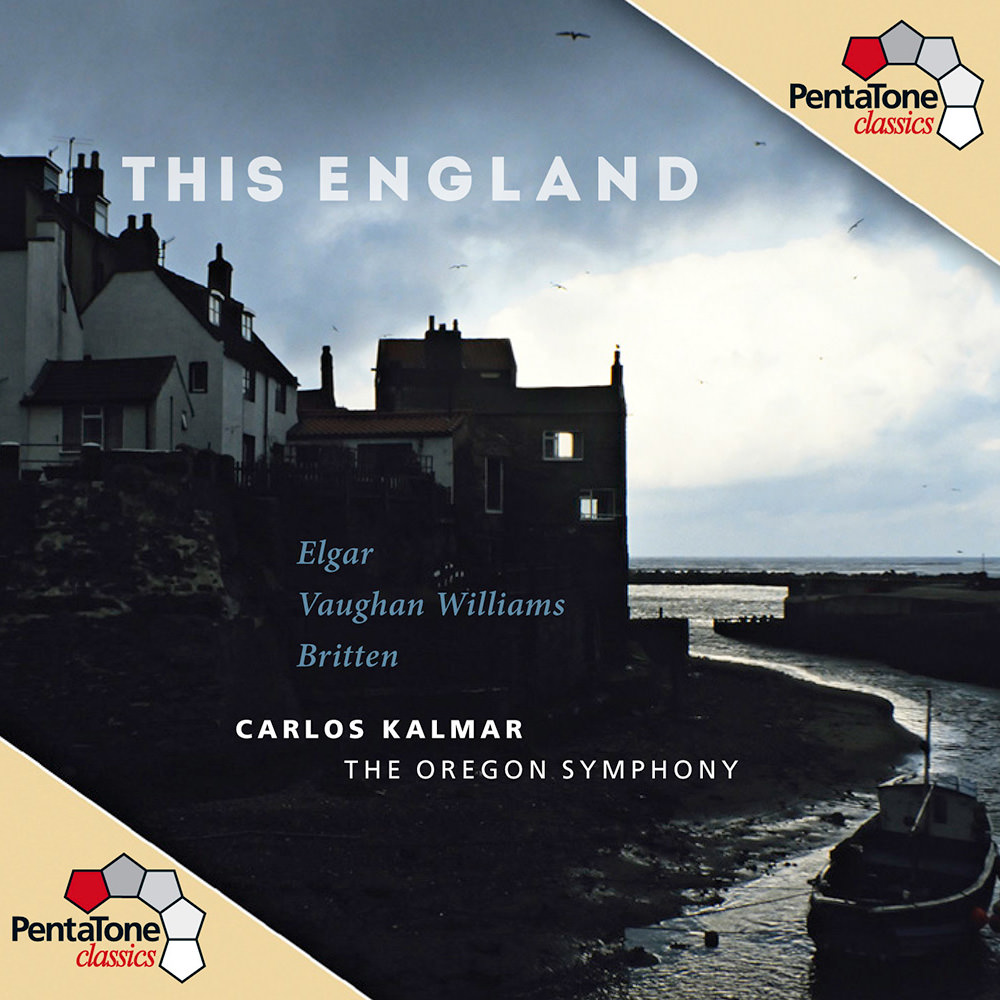 "Four Stars ... Kalmar and company cast it beautifully in sumptuous sound. Who knew Oregon could sound like this? PentaTone should hold on to this bunch as long as they can and explore as much repertory as they can handle. Great sound, performances and production!"
- Audiophile Audition

"This is a disc of no little distinction. Throughout the performances the playing is excellent and Kalmar conducts all three works with understanding and flair. The sound is very good indeed ... a wealth of detail is brought out and the sound certainly shows this orchestra off to best advantage ..."
- MusicWeb International

This album, recorded live in Portland in 2012, showcases the Oregon Symphony under Carlos Kalmar performing works by British composers Ralph Vaughan Williams (Symphony No. 5), Sir Edward Elgar (Cockaigne, In London Town) and two pieces by Benjamin Britten (Four Sea Interludes and Passacaglia) from Peter Grimes, considered by many to be one of the greatest English operas ever written.
96 kHz / 24-bit PCM and 2.8224 MHz DSD – PentaTone Studio Masters