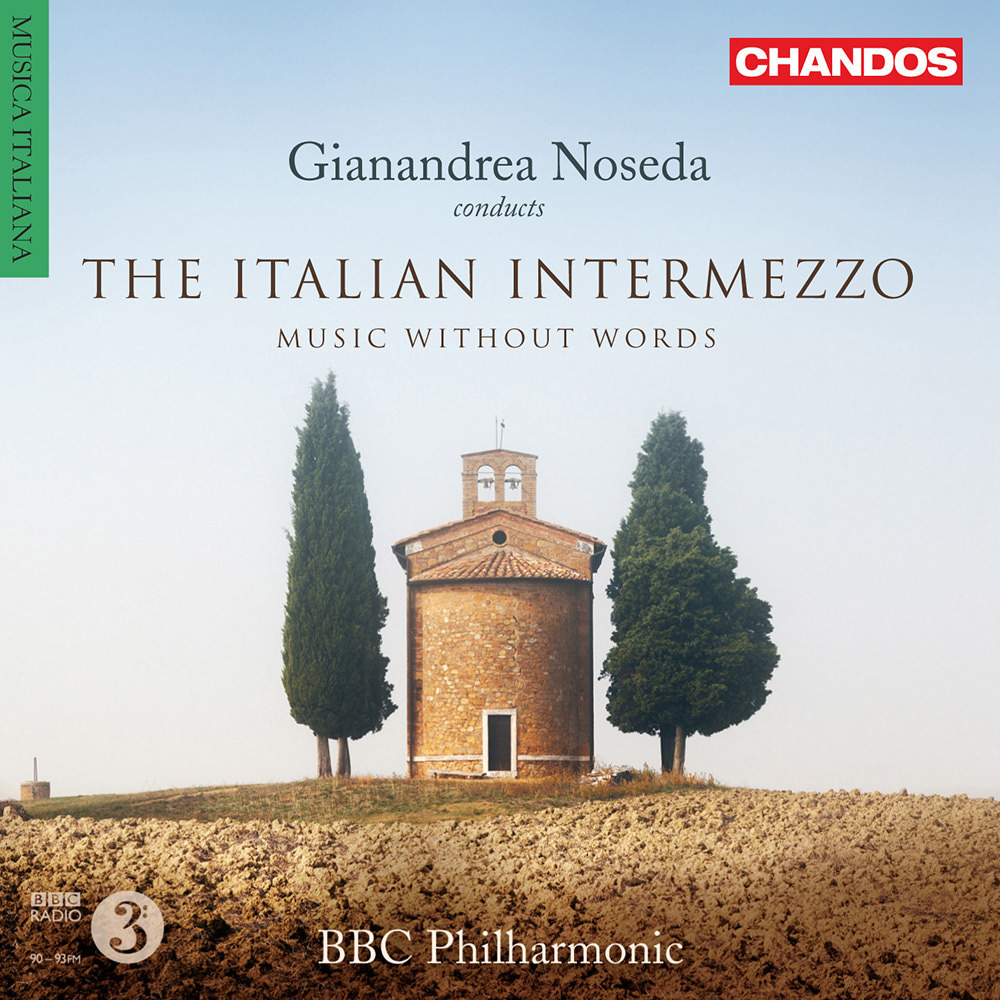 Available in 96 kHz / 24-bit AIFF, FLAC high resolution audio formats
"Four Stars ... it’s good to hear these gems as standalone works: enjoy them on their own or use them as a stepping stone to discovering the operas they come from." - Classic FM "... a winning programme of opera without words … Noseda and the BBC Philharmonic make alert guides in this repertoire ... the playing is well detailed and the performances are convincing. Chandos’s recording is typically rich ..." - Gramophone The pieces recorded on this album are, for the most part, orchestral mood-painting interludes found in the great Italian operatic repertoire of the 19th and early 20th centuries, usually connecting acts in the opera. The music is powerfully atmospheric, designed not only to create the right mood for the ensuing action of the opera, but also to provide some respite from the drama itself. The famous, scintillating ballet Dance of the Hours from Ponchielli’s La Gioconda was immortalized in the Walt Disney film Fantasia and has long been an orchestral classic. Leading the BBC Philharmonic here is Italian maestro Gianandrea Noseda, in his element on this, his native repertoire. His superb musicianship in both the operatic and orchestral repertoire makes this release one of his finest.
96 kHz / 24-bit PCM – Chandos Studio Masters