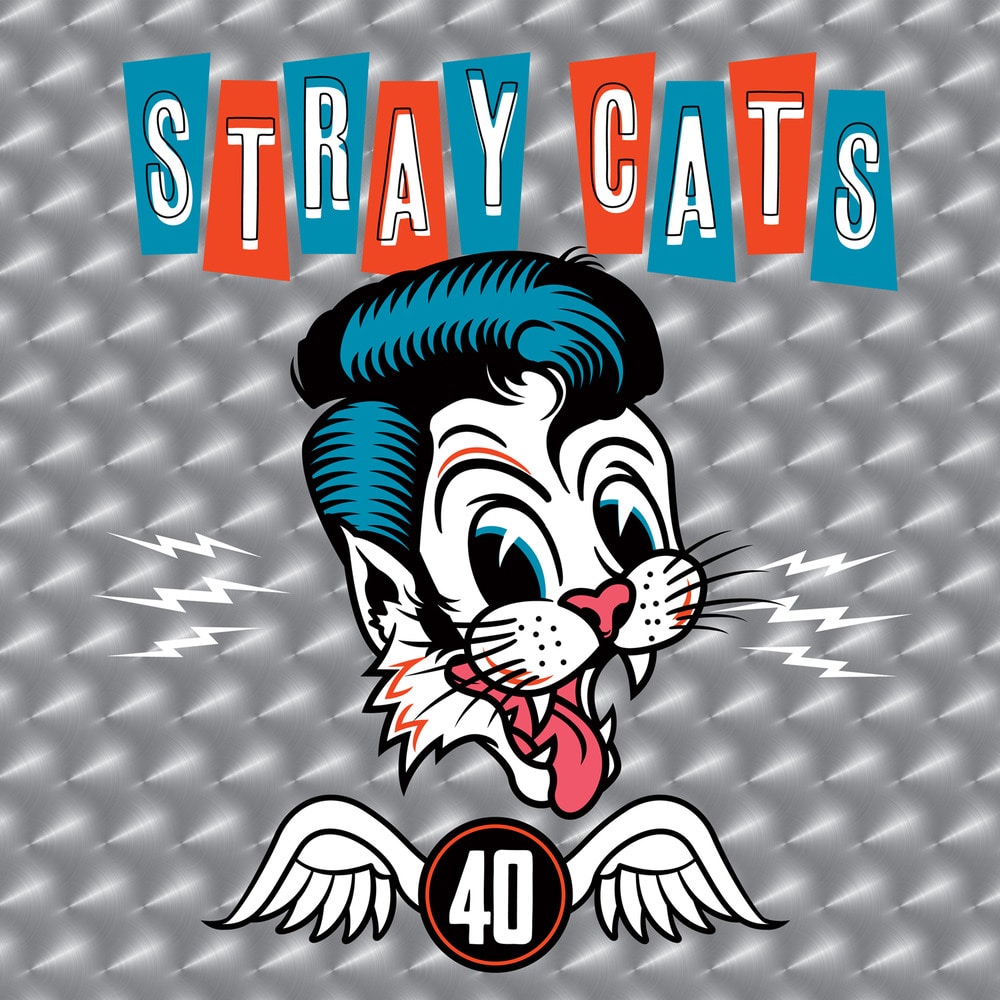 Available in MQA and 96 kHz / 24-bit AIFF, FLAC high resolution audio formats
Brian Setzer (guitar, vocals), Lee Rocker (bass, vocals) and Slim Jim Phantom (drums, vocals)–original founding members of the iconic and acclaimed American rock and roll trio–are celebrating their 40th anniversary in 2019 with a new album. The Stray Cats have titled the album 40. Marking their first new album in 26 years, it is released via Surfdog Records and distributed by BMG. The song titles alone–including “Cat Fight (Over A Dog Like Me),” “Rock It Off,” “Mean Pickin’ Mama” and “Devil Train”—instantly let listeners know they’re in for a non-stop rocking time. The Stray Cats recorded 40 at Blackbird Studios in Nashville in late 2018 following their first North American shows in 10 years, with four concerts including sold-out headlining shows in Las Vegas and the Pacific Amphitheatre in Costa Mesa, CA before wildly enthusiastic audiences. Still buzzing from the thrill of playing together again and the crowd response, they went into the studio with producer Peter Collins (Rush, Bon Jovi, The Brian Setzer Orchestra) and engineer Vance Powell (Jack White, Chris Stapleton, Arctic Monkeys). There are a dozen original songs that comprise the album.
96 kHz / 24-bit PCM – Surfdog Records Studio Masters