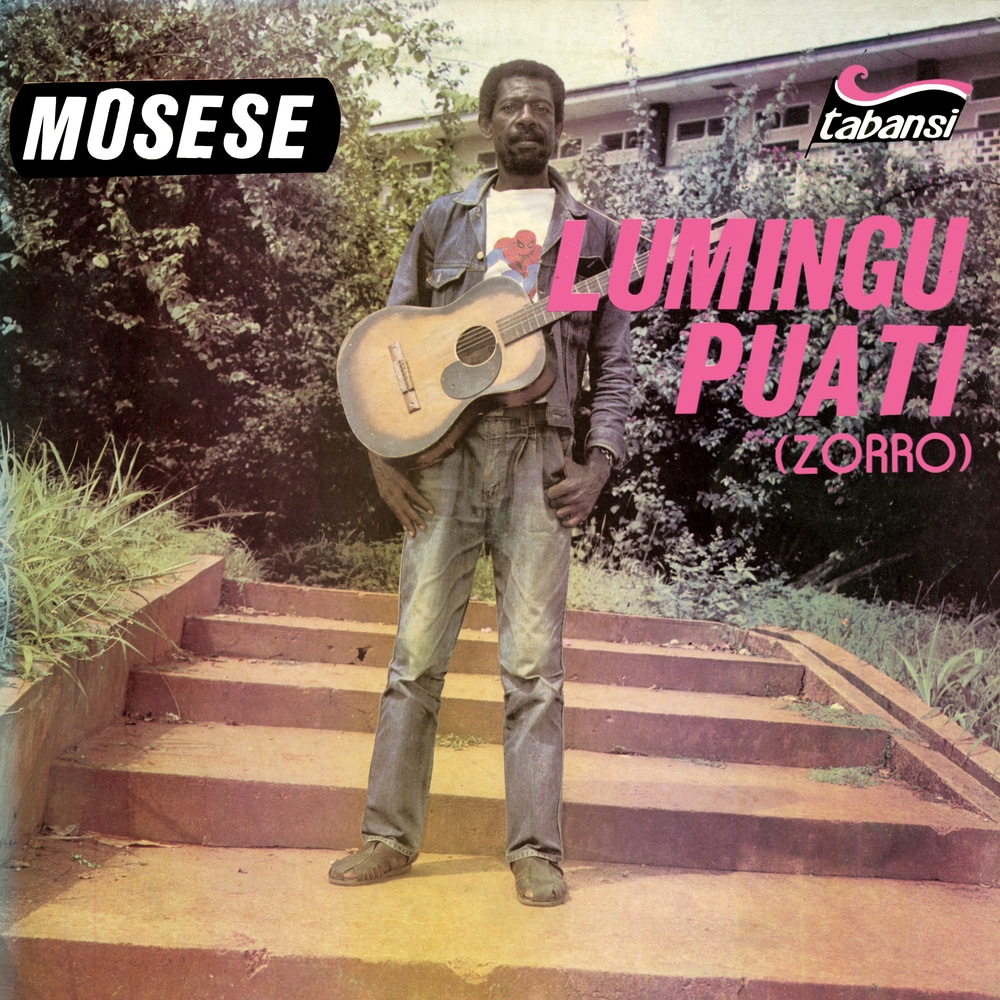 In 1979 the late Congolese musician Lumingu Zorro, protégé of Kinshasa’s legendary 60s band leader Dr Nico, recorded Mosese, his only pre-2000 solo album, for the Tabansi label- and this is it.

CHAMPETA STORM WARNING! The first-ever reissue of one of West Africa’s best-kept rumba-soukous secrets- as well as being one of the most in-demand titles on Colombia’s booming Champeta sound system scene, where a rare record is protected as fiercely as on the Northern Soul or Jamaican sound system scenes, the label scratched off, the record hidden from view when not on the turntable.

Possibly one of the strongest and most consistent Congo dancefloor albums ever recorded perfectly balanced between voices, horns, guitars and percussion.

Which is why original copies of this all-time rumba rarity almost never reach the open market, being traded between Colombia’s champeta picoteros (sound system selectors) instead.