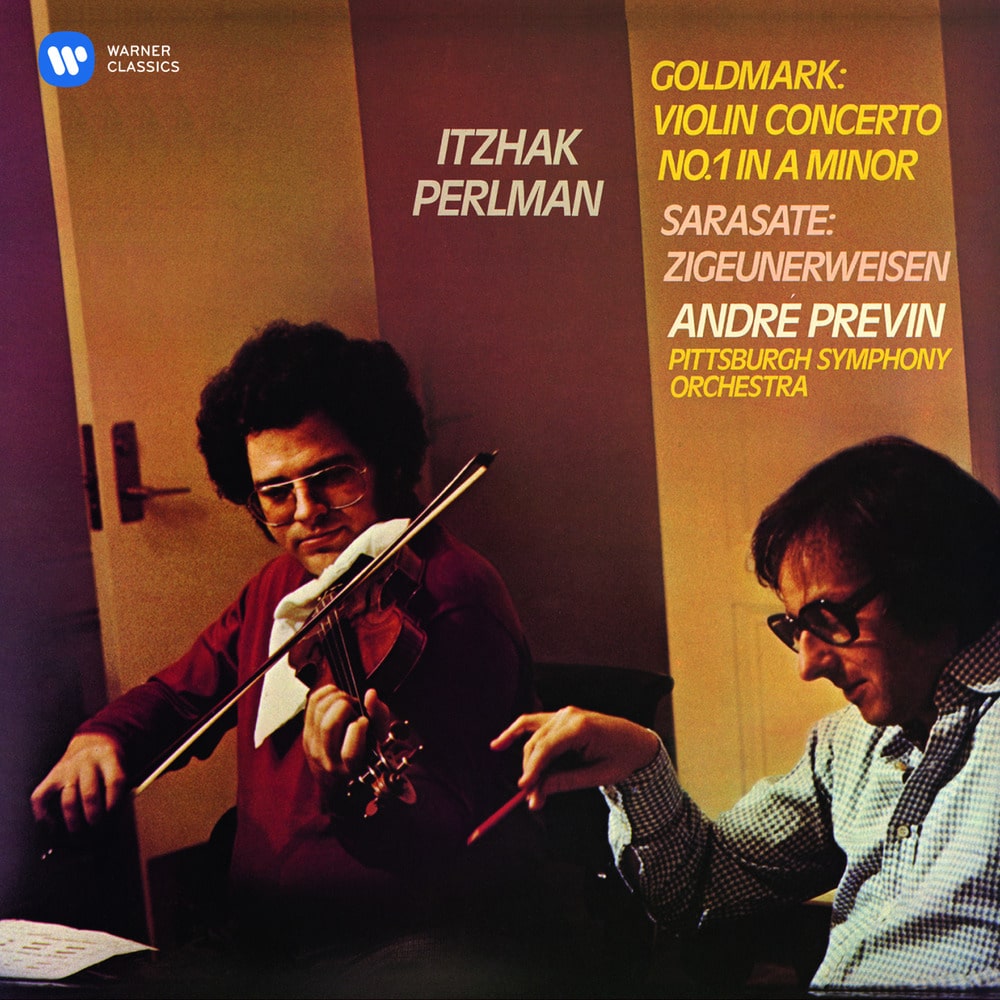 Available in MQA and 96 kHz / 24-bit AIFF, FLAC high resolution audio formats
Karl Goldmark’s Violin Concerto, carrying echoes of Brahms and Mendelssohn, remains his best-loved work. Goldmark was born in Hungary, but it is a Spaniard, Pablo de Sarasate, who evokes the plaintive and fiery gypsy spirit of Central Europe in Zigeunerweisen. This edition was released through Itzhak Perlman: The Complete Warner Recordings box set, which represents a journey through one of the most outstanding recorded legacies of the second half of the twentieth century. Itzhak Perlman’s discography is dizzying in its exceptional quality and in the sheer variety of riches it has to offer. In terms of volume, it exceeds those of the most productive violinists of the last century — performers such as Yehudi Menuhin, David Oistrakh and even Jascha Heifetz — Perlman approaching every branch of the repertoire with equal delight, assurance, charm and sincerity. The number of works in Perlman’s discography is staggering in itself: 550 pieces of all shapes and sizes, written by 110 different composers. He has recorded a vast range of concertos — most of the Classical, Romantic and twentieth-century works in the genre, working with 25 orchestras under 20 different conductors.
96 kHz / 24-bit PCM – Warner Classics Studio Masters