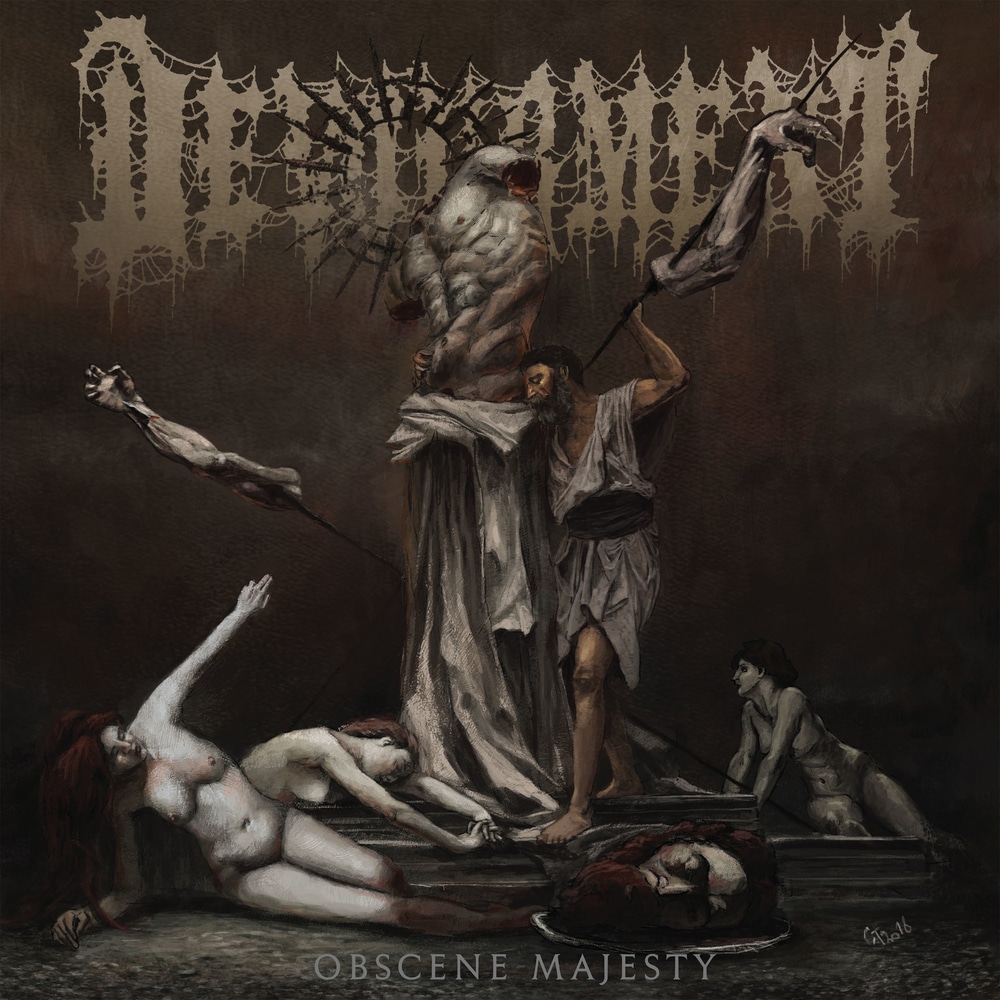 After 6 long-awaited years, Devourment return to form, embodying brutality with their ferocious new album, Obscene Majesty. Featuring drummer Brad Fincher and Ruben Rosas back on vocal duties - a lineup previously only heard on the band's 1999 landmark album Molesting the Decapitated, the pioneers of brutal death metal sharpen their blades once again, and unleash some of the most disgustingly heavy slam ever!

Clubbing blows from tracks such as "Cognitive Sedation Butchery", "Narcissistic Paraphilia", and "Dysmorphic Autophagia" see the veterans as imposing and menacing as ever. Buzzsaw guitars shred through limbs against head-caving, hammering drums. Deathly, blood-soaked vocals personify pain and torture. Obscene Majesty is the epitome of uncontrollable destruction from beginning to end, as Devourment crush through break-neck speeds, deafening ears and melting faces along the way. Honing in on the very elements of gore, death, and mutilation that have crowned the band as kings of the scene for over 24 years, Devourment force you to bare witness to the Obscene Majesty!
96 kHz / 24-bit PCM – Relapse Records Studio Masters