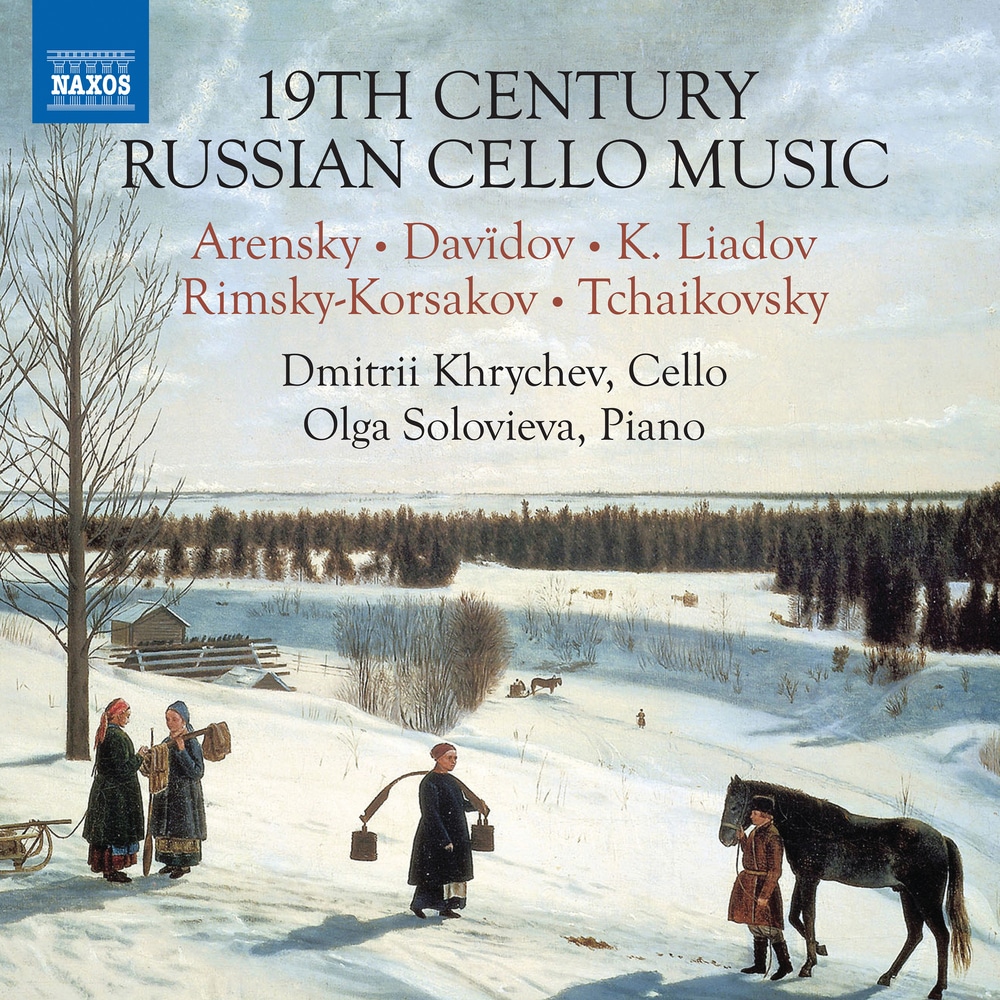 Available in 96 kHz / 24-bit AIFF, FLAC high resolution audio formats
Cello music flourished in Russia in the 19th century. Tchaikovsky was central to this profusion of composition, writing the celebrated Variations on a Rococo Theme, music of Mozartian charm, heard here in the composer’s version for cello and piano. Karl Davidov, who Tchaikovsky called ‘the tsar of all cellists,’ contributed a melodious, lyrically inventive and virtuosic Fantasy on Russian Songs. Arensky’s graceful character sketches and Rimsky-Korsakov’s Serenade are suffused with Romanticism, while the lusty Fantasy on Gipsy Songs by Konstantin Liadov (father of the more famous Anatoly) is the earliest of these pieces and the least known. Dmitrii Khrychev is a prominent chamber and orchestral musician and soloist. Born in Leningrad in 1973 into a family of engineers, he began studying cello at age 7. In 1995 he formed the Nevsky String Quartet, with whom he was a prizewinner in seven international musical competitions, including the Dmitri Shostakovich International String Quartet Competition.
96 kHz / 24-bit PCM – Naxos Studio Masters