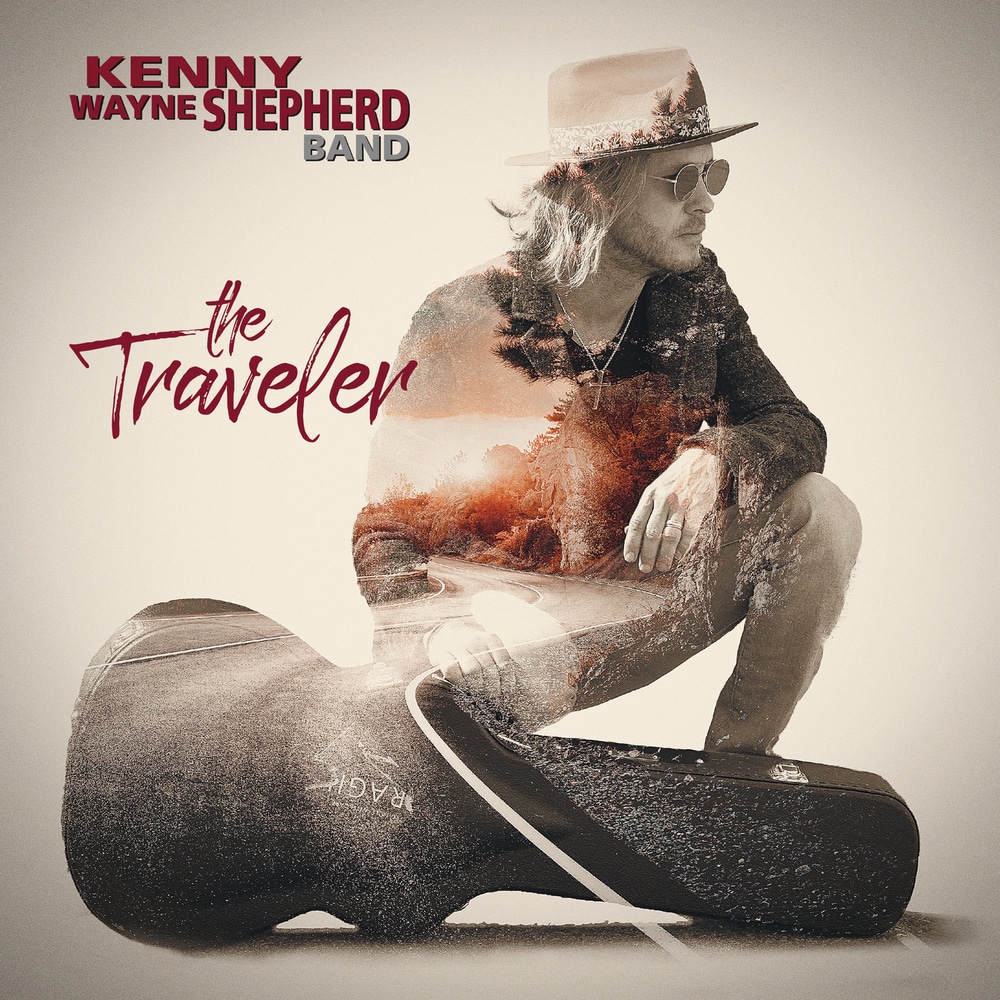 Available in 48 kHz / 24-bit AIFF, FLAC audio formats
Recorded in Los Angeles, while the band was on a break from their uncompromising tour schedule that left them road-tested and ready to rock, The Traveler showcases some world-class musicians: vocalist Noah Hunt, drummer Chris “Whipper” Layton (formerly of Stevie Ray Vaughan’s Double Trouble), bassist Kevin McCormick, and keyboardists Jimmy McGorman and Joe Krown. The album features ten songs including eight new originals co-written by KWS and some of Nashville’s most in-demand songwriters, plus incendiary covers of Buffalo Springfield’s “Mr. Soul” and Joe Walsh’s “Turn to Stone.” Co-produced by Shepherd and Marshall Altman, The Traveler features some of the most distinctive music of Kenny Wayne’s storied career. New originals “Woman Like You,” “Long Time Running,” “I Want You,” “Gravity” and “Tailwind” (whose heartfelt lyrical metaphor provides the album’s title image) offer a scintillating balance of finesse and firepower, while the artist pays tribute to his influences with the album’s two covers. The seed for Shepherd’s menacing take on “Mr. Soul” was planted when he performed the song at a benefit show with Springfield founders Stephen Stills and Neil Young, and his epic reading of Joe Walsh’s “Turn to Stone” was first performed by Shepherd at a fundraising concert honoring Walsh. “Because of my family, my friends, and my fans I’ve been able to explore the depths of music and chase songs wherever they may lead me. We’ve been able to do things and go places that were once just a dream, and it’s all because of the music and the people who support it. The Traveler is a return on their investment.” - Kenny Wayne Shepherd
48 kHz / 24-bit PCM – Concord Records Studio Masters