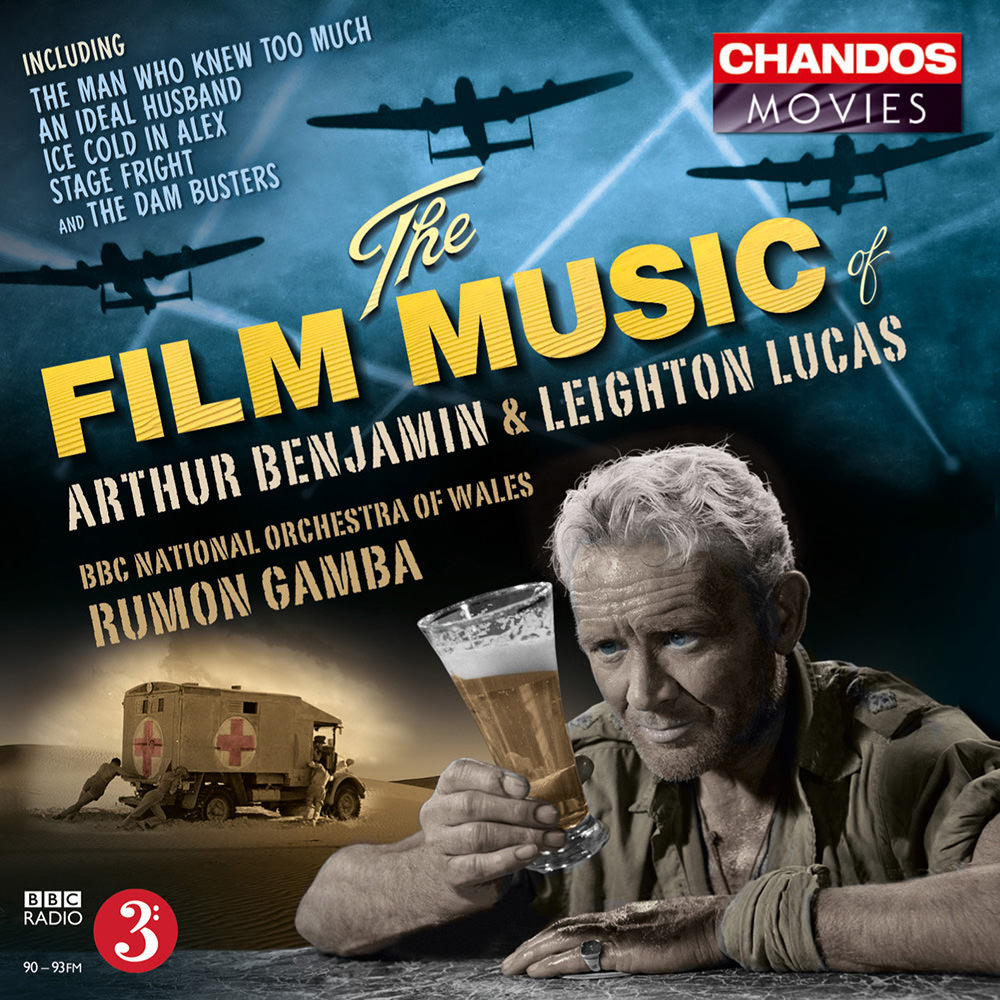 The Film Music of Arthur Benjamin & Leighton Lucas: The Man Who Knew Too Much - An Ideal Husband - Ice Cold in Alex - Stage Fright & The Dam Busters

"Five Stars ... Gamba and his orchestra bring these scores to life, bathing them in energy, careful attention to detail and plain old joie-de-vivre ... recording quality is as one would expect from Chandos ..."
- Audiophile Audition

Rumon Gamba leads the BBC National Orchestra of Wales and several soloists and vocalists on this highly-praised collection of film scores by Arthur Benjamin and Leighton Lucas, both active in soundtrack composing from the 1930s through to the 1950s. Many of these pieces are world premiere recordings in these versions.
96 kHz / 24-bit PCM – Chandos Studio Masters