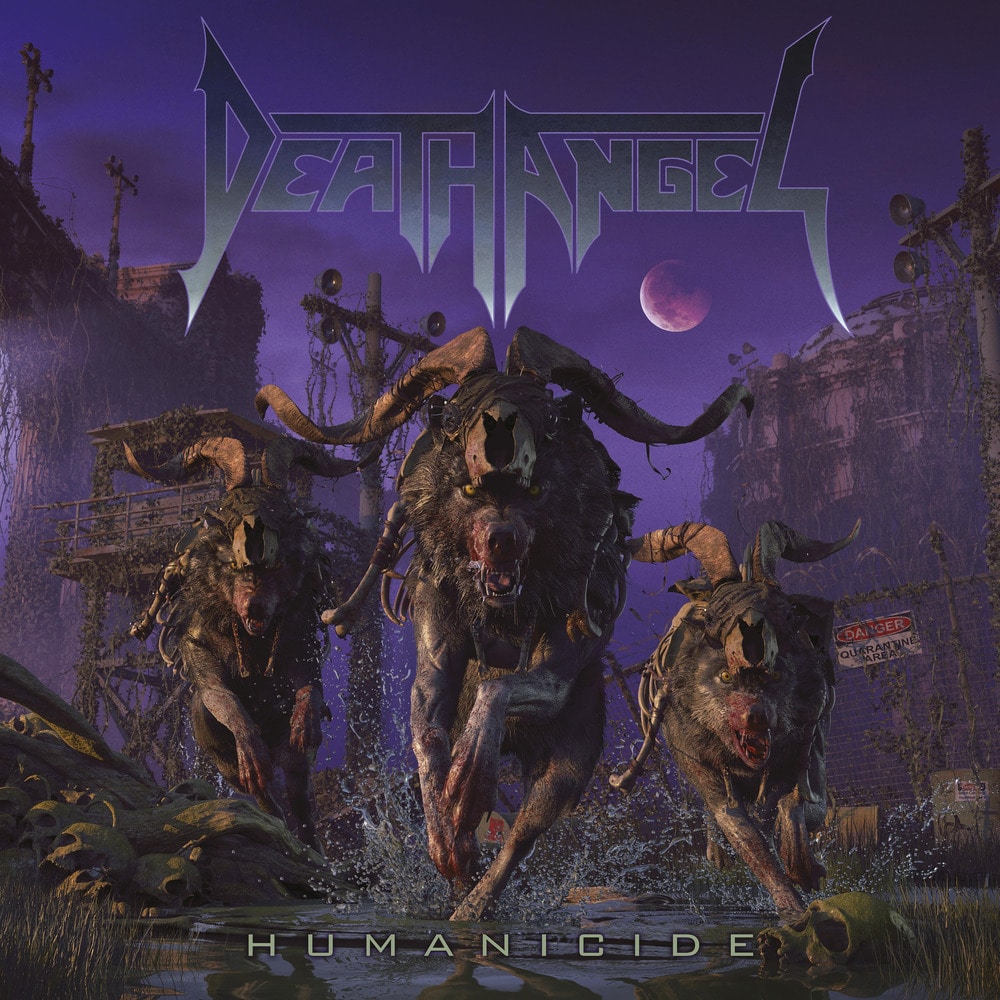 Ascending from the depths, the almighty Death Angel return to offer their latest, energy fueled masterpiece: Humanicide. A return to the wolves alongside a survivalist pack mentality are what fuel the powerful themes erupting from these fresh metal anthems. In a modern capitalist society where selfishness reigns and communal help and survival are things of the past, Death Angel produces sounds and symbols that point out the truths of attempting to exist safely in the present day. The title itself describes a plain in which humans, after generations of violence, regression, and hate, have finally extinguished themselves into dust. The wasteland they left behind is populated only by those creatures that passionately depend on their pack for survival: the wolves. Gnashing their teeth and struggling to survive in an abandoned world, the wolves are back and galloping fiercely across the cover of the album. Adorned in the war skins of their enemies and the creatures they’ve killed together in order to survive, the powerful messages of the songs can be seen in Brent Elliott White’s fantastic piece of art.
44.1 kHz / 24-bit PCM – Nuclear Blast Studio Masters