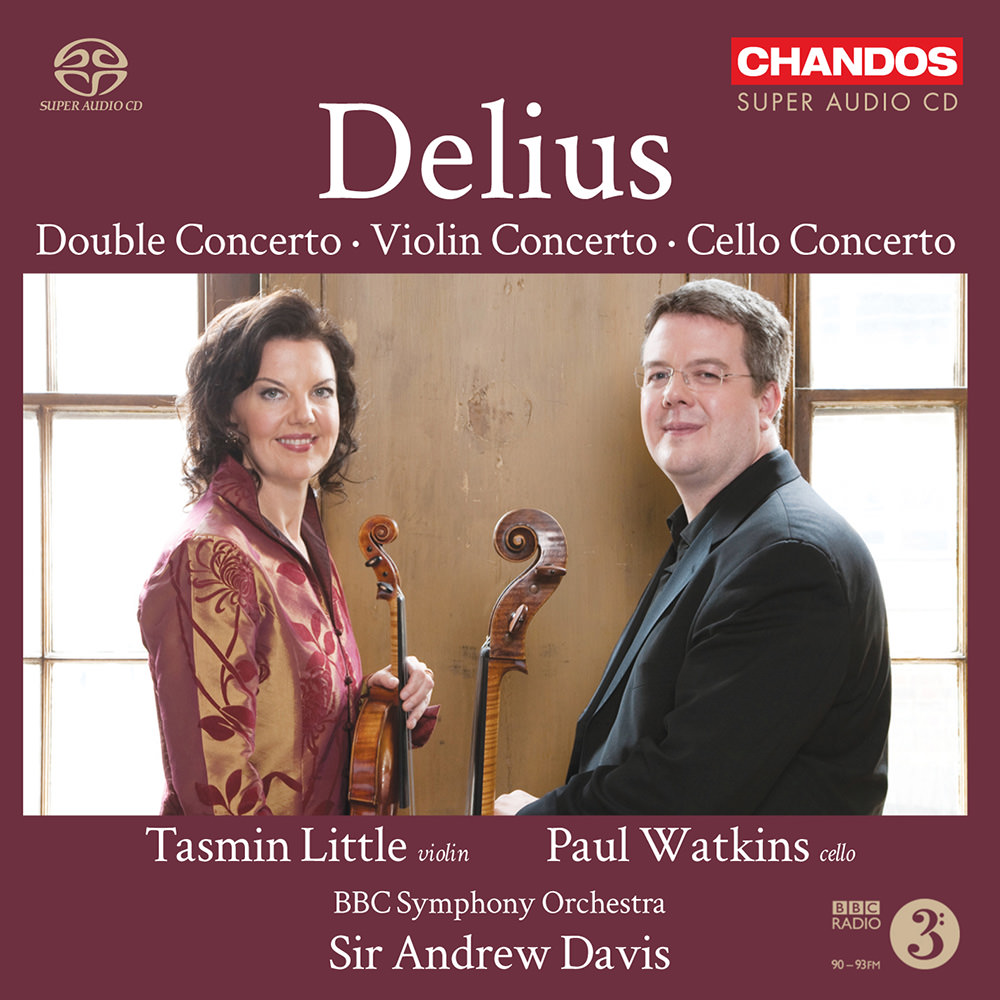 "... no self-respecting Delian can afford to be without this indispensable issue."
- Gramophone

"Five Stars ... will give great pleasure to all lovers of Delius’s music."
- BBC Music Magazine

"... one fantastic recording, graced by gorgeous playing and not just by Little and Watkins, but also by the BBC Orchestra under the keen stewardship of Sir Andrew Davis. All, including Chandos’s engineering and production team, are to be congratulated. Urgently recommended."
- Fanfare

These three major concertos by Frederick Delius involving solo string instruments are brought together here on the same album for the first time. The Violin Concerto, Double Concerto and Cello Concerto are performed by Sir Andrew Davis and the BBC Symphony Orchestra, along with two of the best solo artists strongly associated with British repertoire. Violinist Tasmin Little and cellist Paul Watkins join forces in the rarely performed and recorded Double Concerto, which represents Delius at his most inspired: the work is warmly evocative as well as strong and memorable. The soloists get to showcase their abilities in music that is both passionate and tranquil. This release follows an earlier, highly praised Delius album from Davis and the BBC Symphony.
96 kHz / 24-bit PCM – Chandos Studio Masters