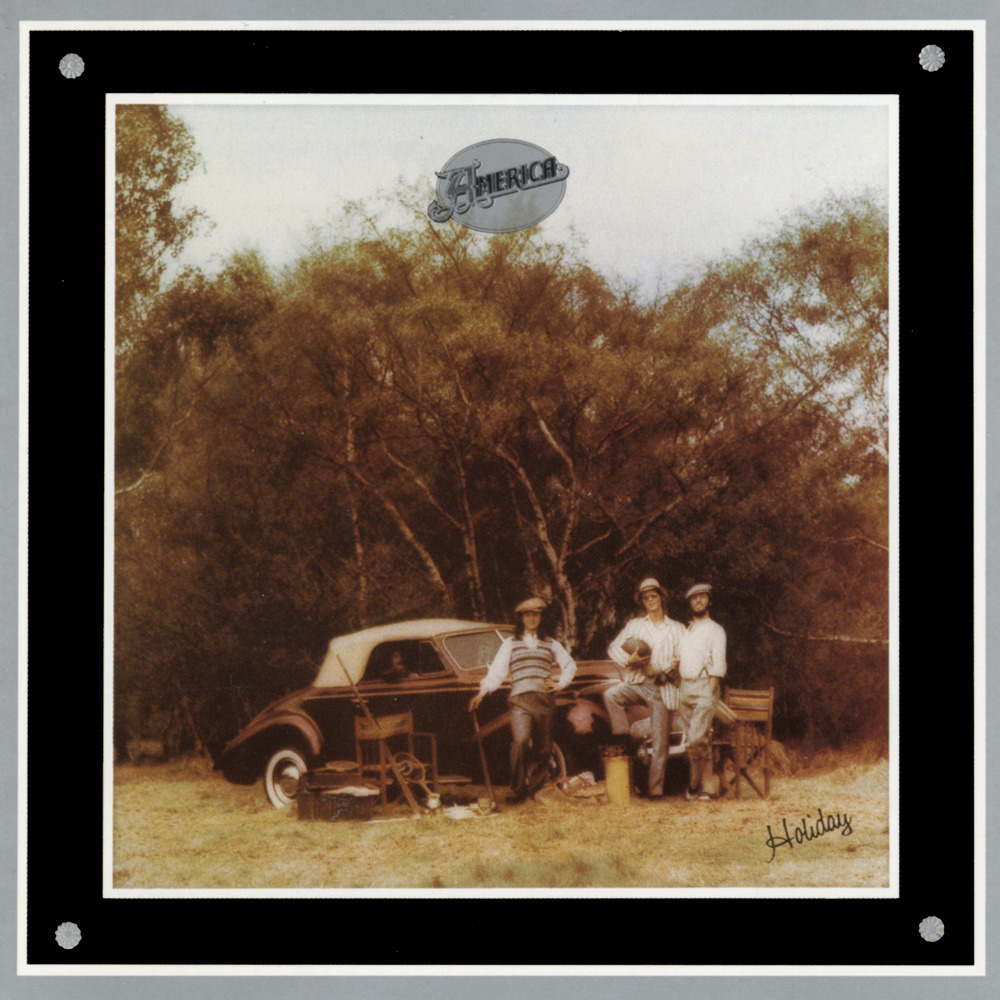 Available in MQA and 192 kHz / 24-bit, 96 kHz / 24-bit AIFF, FLAC high resolution audio formats
Holiday is the fourth studio album by the American folk rock band America, released on the Warner Bros. Records label in June 1974. The album was produced in London by noted record producer George Martin. It was the recording debut of America's longtime drummer Willie Leacox, who is in the car in the cover photo. Bandmember Dewey Bunnell was thrilled at the prospect of working with Martin as producer. He was quoted as saying that it "was great working with George. It was like we knew each other. We were familiar with the Beatles, of course, and we had that British sense of humor." In a separate interview, Dan Peek recalled to Circus magazine: "Gerry (Beckley) had been in England, and we'd talked about using George Martin as our producer. He's such a hot arranger, thinking about all the stuff he's done. There were several other people we wanted to use, but that idea sort of flashed and George was available."
192 kHz / 24-bit, 96 kHz / 24-bit PCM – Rhino/Warner Bros. Studio Masters