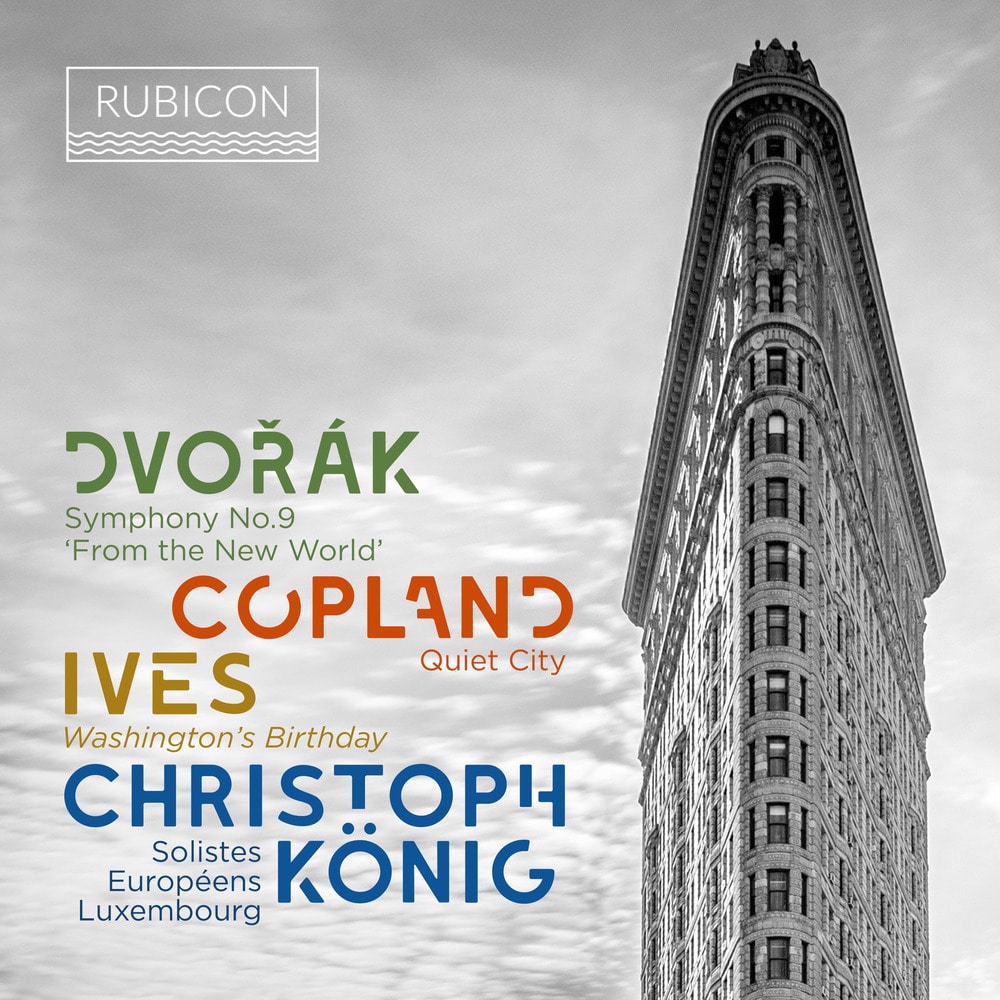 Dvorak: Symphony No. 9 "From the New World"

America is often associated with bold, celebratory and self-confident music – yet many masterpieces either by American composers or inspired by its land are altogether of more subtle character. The three works on this album are all quite introspective in character despite some exuberant episodes; and each reflects in their different way upon the land once known as the New World. In the 19th and 20th centuries, America represented for those who left the Old World – meaning in most cases Europe – and sailed across the Atlantic the hope of starting a new life unshackled from the past and its politics. America was for many a land of dreams, and it is this reflective and dream-like quality which unites these three otherwise quite different compositions.

Christoph König and SEL have released two critically acclaimed albums on Rubicon RCD1020 Mehul Symphony No.1 & Beethoven Symphony No.3 'Eroica', and RCD1025 Schubert Symphony No.9 'Great' & Berio 'Rendering' after Schubert Symphony No.10. Dvořák's evergreen 'New World' symphony is programmed on this new album with two quintessentially American works by the maverick Charles Ives, and Aaron Copland's 'Quiet City' written in 1939 as incidental music to a play by Irwin Shaw. The play was a failure, but Copland returned to the score making this concert version.
88.2 kHz / 24-bit PCM – Rubicon Classics Studio Masters