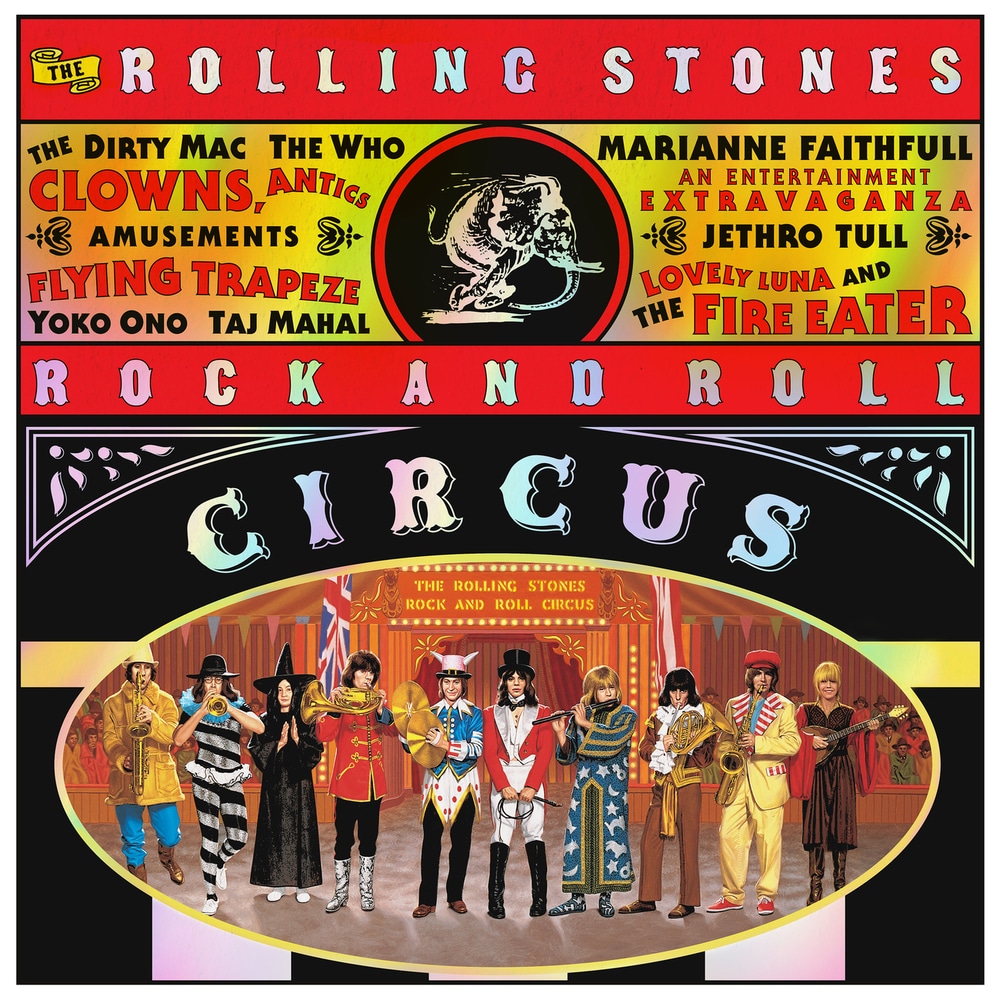 Accompanying the 4K Dolby Vision restoration of the famed concert film The Rolling Stones Rock and Roll Circus, the digital album version has been released. Among many new treats, it includes an unreleased version of The Beatles’ "Revolution" that features John Lennon, Eric Clapton and Keith Richards.

Filmed over two days in December 1968, the show starred the 1960s line-up of the Stones, complete with Brian Jones. They were joined on screen by The Who, Jethro Tull, Taj Mahal, Marianne Faithfull, Yoko Ono and the remarkable, impromptu supergroup known as The Dirty Mac, comprising John Lennon, Keith Richards, Mitch Mitchell of the Jimi Hendrix Experience and Eric Clapton.