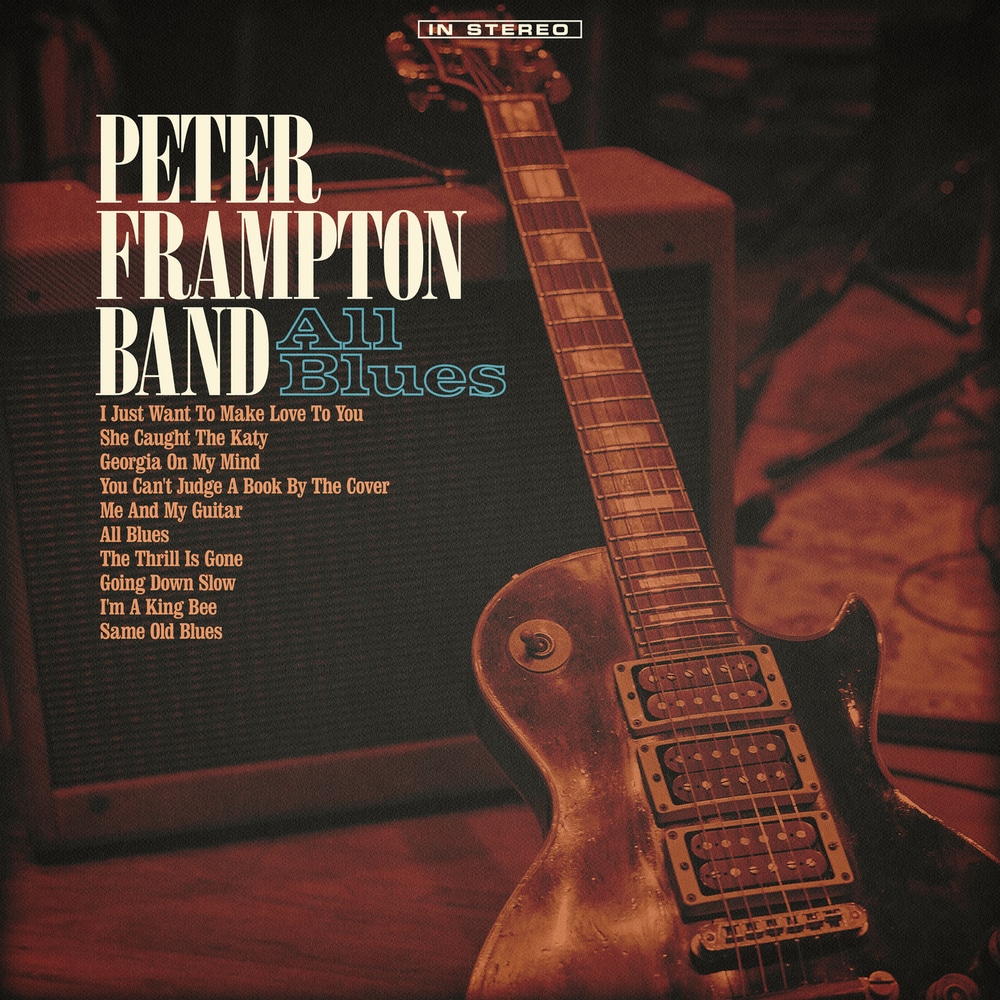 All Blues is the fresh covers album from the Peter Frampton Band. The album is a collection of Frampton’s favourite blues classics and was recorded with his longtime touring band, made up of Adam Lester (guitar/vocals), Rob Arthur (keyboards/guitar/vocals) and Dan Wojciechowski (drums).

All Blues was recorded at Frampton’s studio in Nashville, Studio Phenix, and was co-produced by Frampton and Chuck Ainlay. The album features additional collaborations with Larry Carlton, Sonny Landreth and Steve Morse.

"I have always loved to play the blues. When we formed Humble Pie, the first material we played together was just that. For the last two summers I had been playing a handful of blues numbers every night on stage with Steve Miller Band. I enjoyed this immensely and it gave me the idea of doing an ‘All Blues’ album live in the studio with my band. We started the resulting sessions 9 days after coming off the road last year. Over a two-week period, we recorded 23 tracks, all live in the studio. The energy of these tracks is completely different from building a track one instrument at a time. With this recording, we pay tribute to all the original artists who invented this incredible music. I hope you can hear and feel our enjoyment. I’m not sure if you can say we had fun playing the blues. But we definitely did."
- Peter Frampton
96 kHz / 24-bit PCM – Universal Music Enterprises Studio Masters