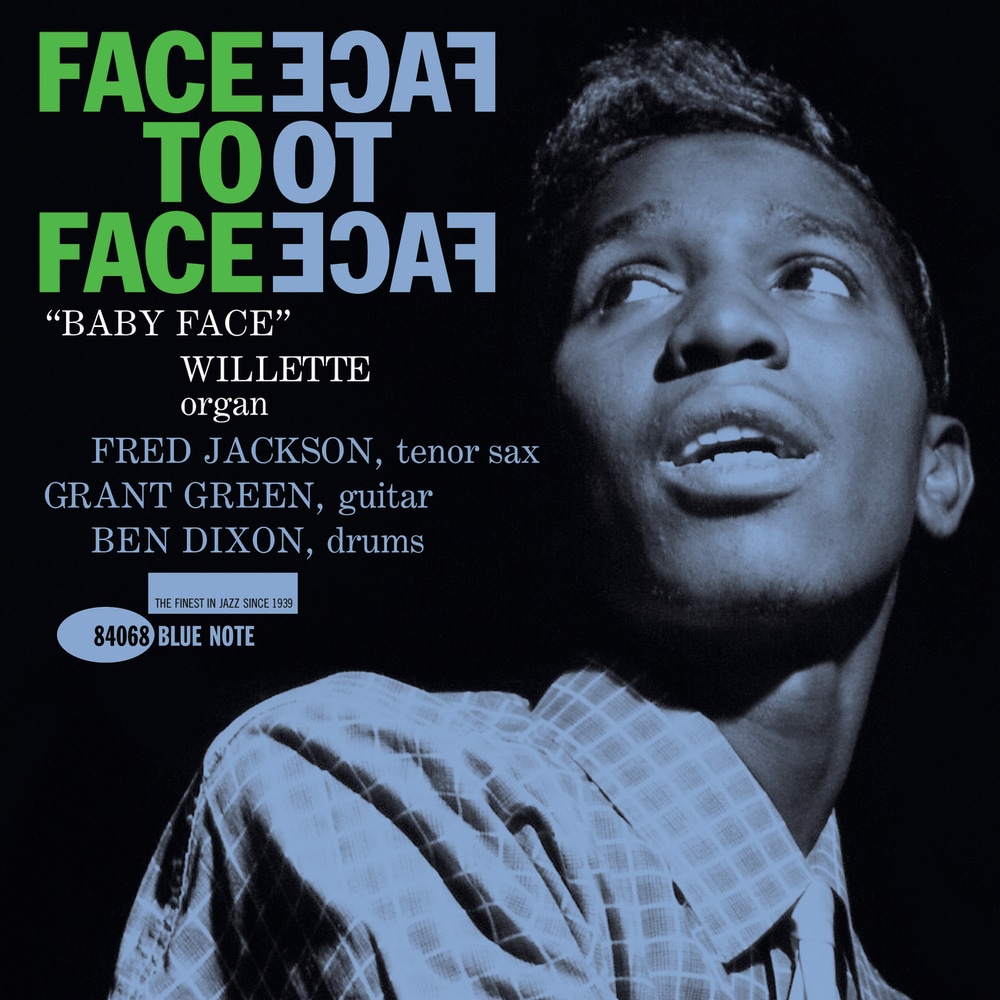 Available in 96 kHz / 24-bit AIFF, FLAC high resolution audio formats
Nicknamed “Baby Face” on account of his fresh features and youthful visage, soul jazz organist Roosevelt Willette played his instrument with a sanctified fervour that reflected his roots in gospel music. Though his place of origin is disputed – some believe he hailed from jazz’s birthplace, New Orleans, while others claim he was a native of Little Rock, Arkansas – what can’t be disputed is his mastery of the Hammond organ. Releasing his debut album, Face To Face, in 1961, this son of a preacher rode in on the wave of aspiring jazz organists that proliferated in the wake of Jimmy Smith’s breakthrough in the late 50s. Smith’s success and the popularity of his recordings validated the organ as a bona fide jazz instrument and resulted in a raft of wannabe Hammond heroes looking to make it on the American jazz scene. With Face To Face, Blue Note organist “Baby Face” Willette brought a distinctive sound and a new dynamism to jazz before disappearing into obscurity.
96 kHz / 24-bit PCM – CM BLUE NOTE (A92) Studio Masters