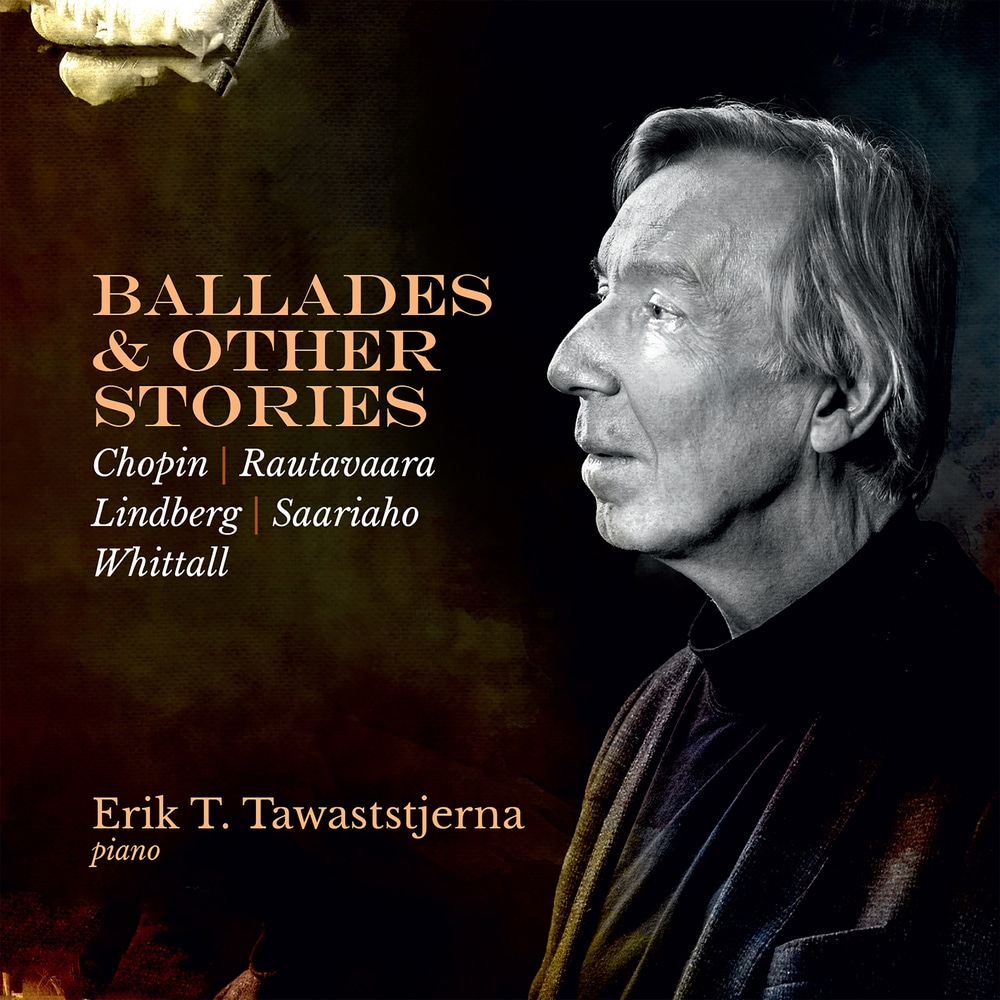 The new album by Erik T. Tawaststjerna. He has taught a number of pianists who have recorded for Alba, for example Janne Mertanen, Risto-Matti Marin, Tuula Hällström, Katriina Korte and Emil Holmström.

The repertoire on this recording has its roots in a series of recitals pianist Erik T. Tawaststjerna gave in 2017. For a long time, he had planned to perform all four of Chopin’s ballades in a recital, yet simply to join them together as a ‘suite’ or ‘sonata’ did not feel like the right solution. Chopin hardly had this in mind either. So he began to plan a programme that would intersperse contemporary ballades or other works based on a narrative idea between the Chopin ballades. And so this fresh new album, Ballades & other stories, came to life.

Frédéric Chopin (1810-1849) wrote primarily for solo piano. He has maintained worldwide renown as a leading musician of his era, and he was the first to write ballades. A ballade was originally a narrative poem. The title and the general concept were taken up by composers of the Romantic era, especially by Chopin. The other composers on this album are Einojuhani Rautavaara (1928-2016), Magnus Lindberg (b. 1958), Kaija Saariaho (b. 1952) and Matthew Whittall (b. 1975).

Erik T. Tawaststjerna is Professor Emeritus at the Sibelius Academy of the University of the Arts Helsinki. He graduated from the Vienna Music Academy, and earned a Master of Music degree from New York’s Juilliard School. He also holds a doctorate from New York University. He has appeared as a soloist with major orchestras in Finland, and he has performed all around the world. Tawaststjerna has made numerous recordings, among them a series of 8 recordings of the complete piano music of Jean Sibelius. He has been teaching since 1982 at the Sibelius Academy in Helsinki, where he was appointed full professor of piano in 1986.
96 kHz / 24-bit PCM – Alba Studio Masters