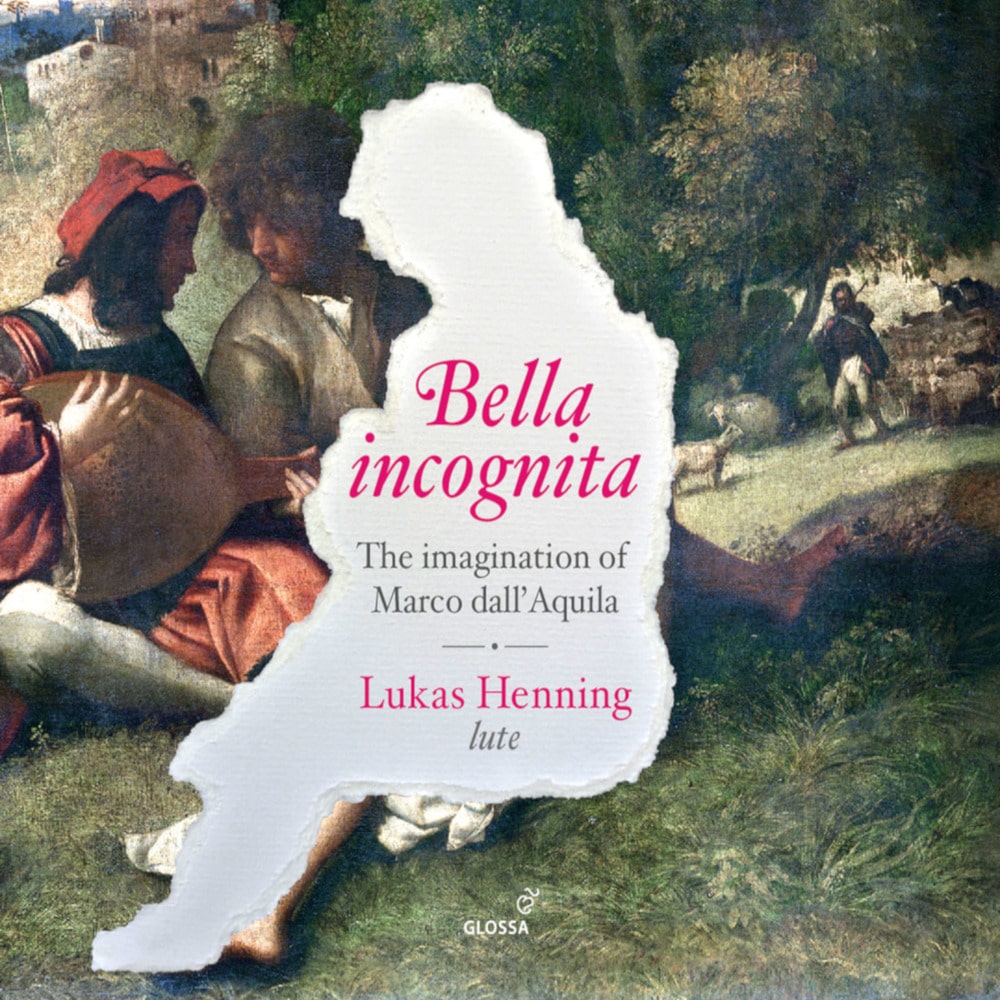 Available in 96 kHz / 24-bit AIFF, FLAC high resolution audio formats
With lutenist Lukas Henning, Glossa unveils a striking new talent as he presents Bella incognita, a recital devoted to the enigmatic 16th-century Venetian composer Marco dall’Aquila, a musician frequently referred to in the sources but one who is difficult to characterize. With the increased use of the six-course instrument, writing for the lute became more polyphonic, with a greater level of complexity and frequently making use of existing musical works such as the chanson Il est bel et bon by Pierre Passereau; the system – called tablature – of graphically representing this complexity was introduced as the 16th century commenced. Curiously, Marco made an early petition to hold the rights to the printing of tablature in Venice. Yet apparently, no imprints from him appeared and very little of his own music was printed for some three decades. The story of how some of Marco’s music has survived to this day and the relationship that his kind of compositions – often Ricercari but also an early example of a Fantasia – had with the paintings of Giorgione is engagingly told by Lukas Henning in the booklet essay to this new recording. Henning, whose credentials as a performer and as an investigator are backed by his having studied at the prestigious Schola Cantorum Basiliensis – and with no less a star in the lutenist firmament than Hopkinson Smith –, intersperses this new selection of works by Marco dall’Aquila with some of his own sympathetic and informed compositions – including a delightful piece which explores the nightmare of breaking a string!
96 kHz / 24-bit PCM – Glossa Studio Masters