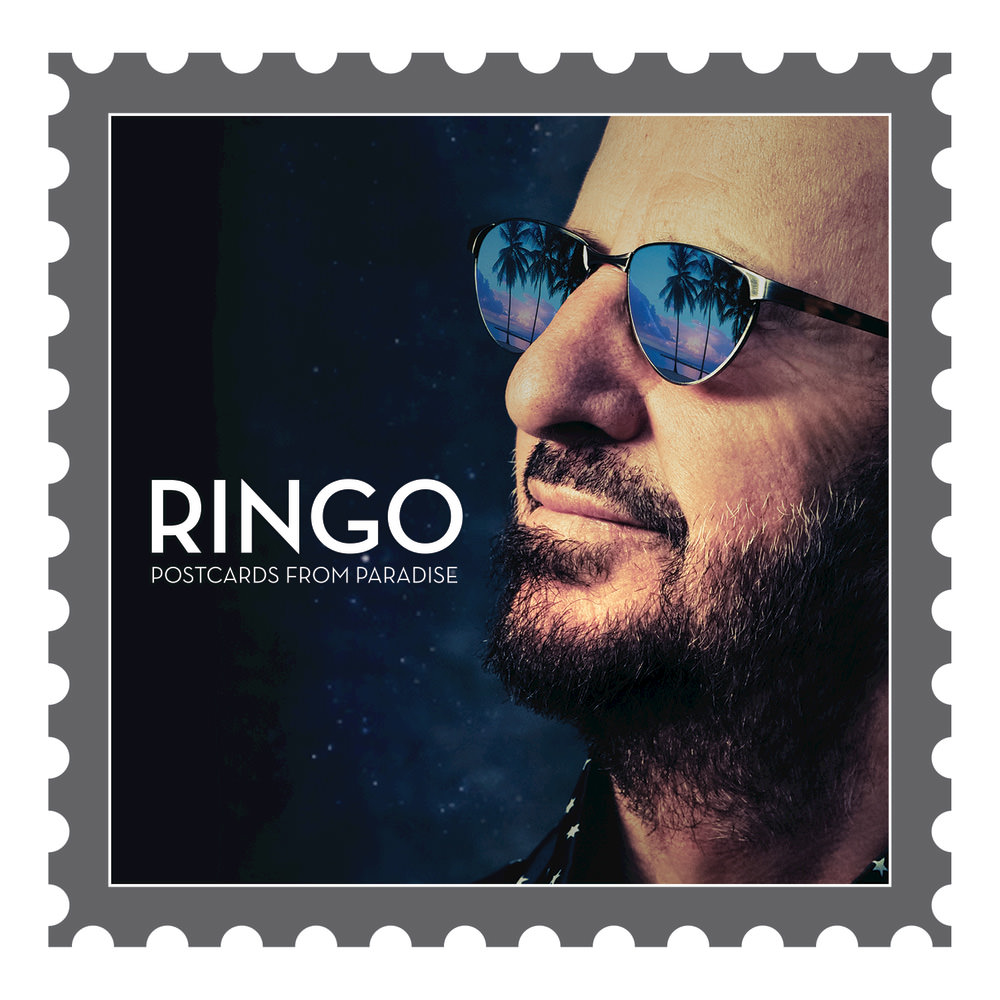 "... Ringo (is) having fun and laying down the formula that he’s perfected for the past 50 years, playing exactly what’s right for the song ... like his past few releases, Ringo lays heavy on his reggae influence throughout ..."
- Modern Drummer

This album, the 18th of Ringo Starr's solo career, is the first to include a song written and recorded by Starr and his current All Starr Band: Steve Lukather, Todd Rundgren, Gregg Rolie, Richard Page, Warren Ham and Gregg Bissonette. Postcards From Paradise was self-produced by Ringo and recorded at his home studio in Los Angeles and as always, features friends and family. The guest artists this time out include Joe Walsh, Benmont Tench, Dave Stewart, Richard Marx, Peter Frampton, Nathan East and Glen Ballard. As Ringo often says: “If I am recording and you’re in town and drop by, you’re going to be on the record!”

"Postcards From Paradise is me doing what I do. It's part of my being. I play. We make records. We do the best we can. It's homemade music. It starts at home with a drum pattern or a little synthesizer part. And it starts with just me and my engineer who also contributes some good ideas. Then I take those tracks and call up my friends to help."
- Ringo Starr
96 kHz / 24-bit PCM – Rockabella Studio Masters