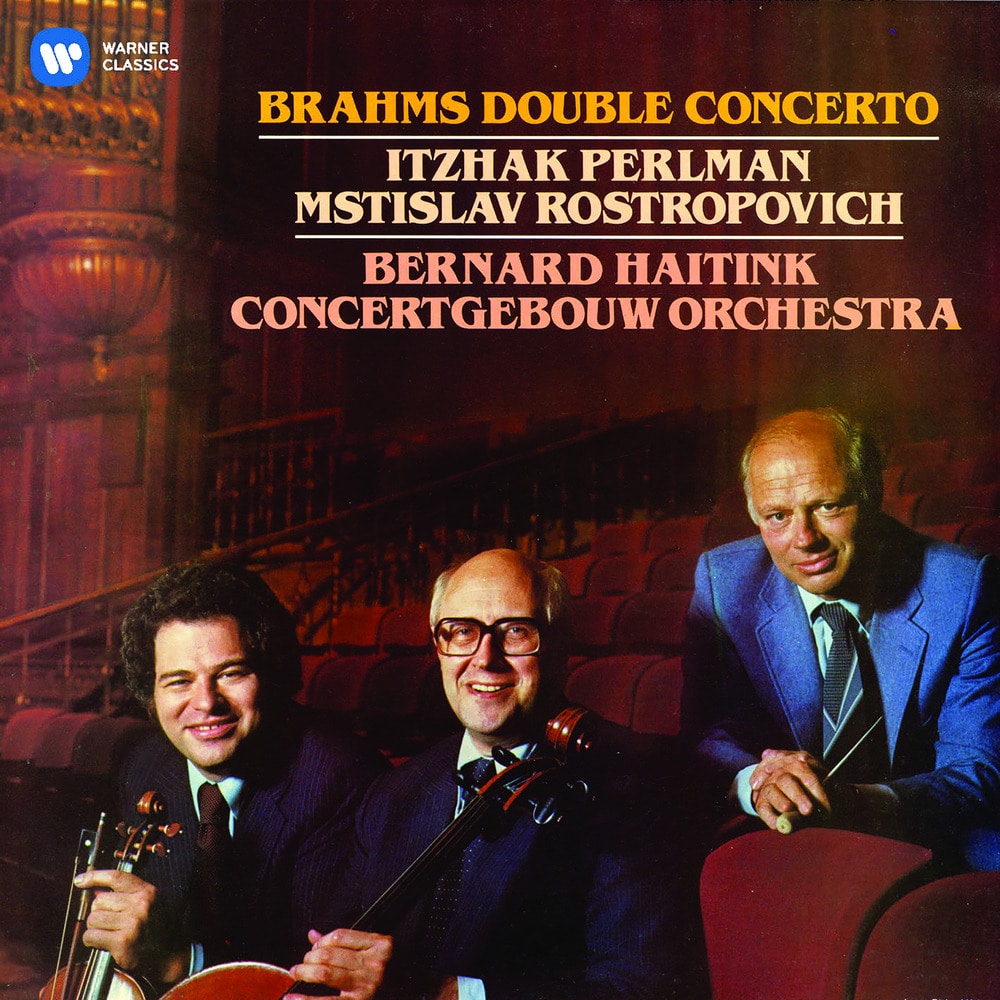 The Double Concerto was Brahms' final work for orchestra. It was composed in the summer of 1887, and first performed on 18 October of that year in the Gürzenich [de] in Cologne, Germany. Brahms approached the project with anxiety over writing for instruments that were not his own. He wrote it for the cellist Robert Hausmann, a frequent chamber music collaborator, and his old but estranged friend, the violinist Joseph Joachim. The concerto was, in part, a gesture of reconciliation towards Joachim, after their long friendship had ruptured following Joachim's divorce from his wife Amalie.

This is one of two recordings of the Double Concerto that Mstislav Rostropovich performed.