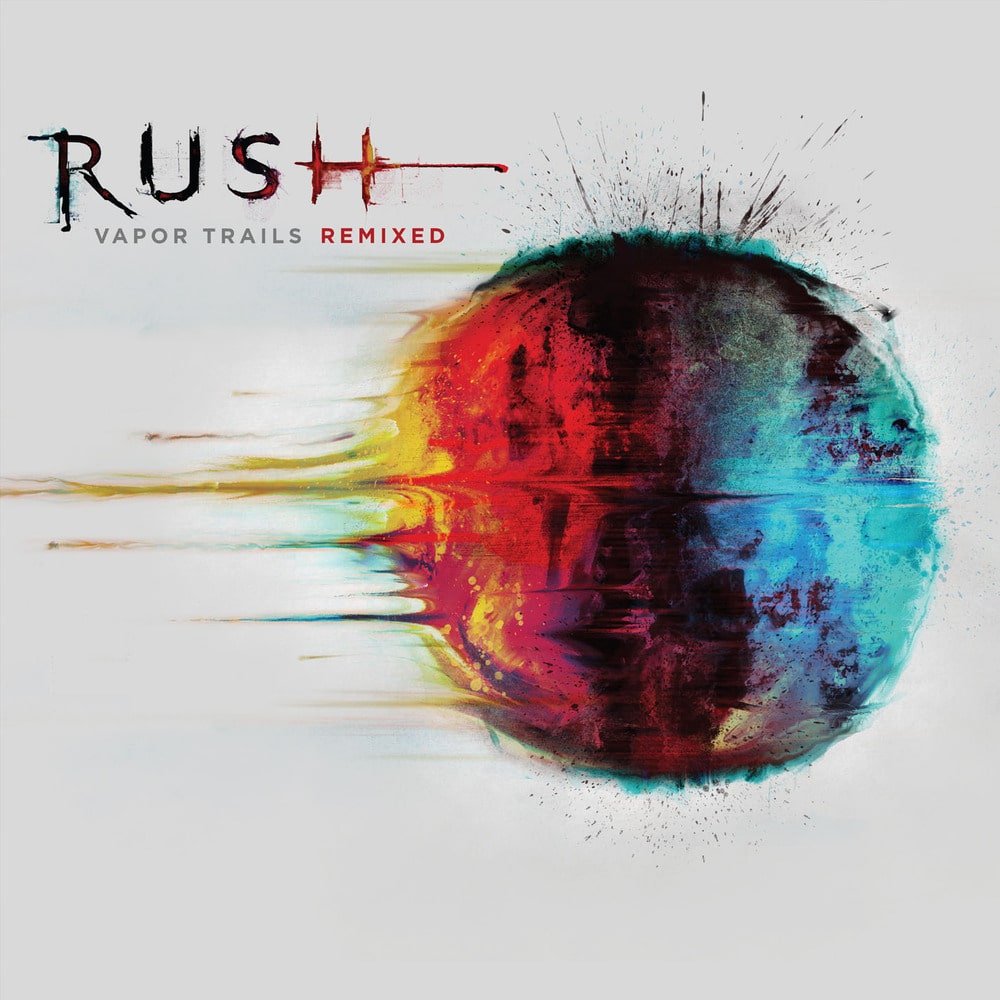 Available in MQA and 96 kHz / 24-bit AIFF, FLAC high resolution audio formats
After a six year absence from the recording studio, Vapor Trails was the band’s first new album of the 21st Century, and the 17th of the band’s career. It was released in May, 2002 and co-Produced by Paul Northfield, who has engineered a number of Rush’s recordings. Vapor Trails redefines their intensely individualistic music, blending their famously complex dynamics with driving melodic hooks and a passionate, personal lyric approach. The entire developmental process for Vapor Trails was extremely taxing and took approximately 14 months to finish, by far the longest the band had ever spent writing and recording a studio album. Now, the album has been remixed and re-released as Vapor Trails Remixed. This comes after, in 2009, two tracks from Vapor Trails (“One Little Victory” and “Earthshine”) were remixed for the Retrospective III collection, setting fans into a frenzy in anticipation of a possible remixed version of the entire album being released one day. "Vapor Trails was an album made under difficult and emotional circumstances - sort of like Rush learning how to be Rush again - and as a result, mistakes were made that we have longed to correct. David Bottrill's remixes have finally brought some justice and clarity to this deserving body of our work. Every song has been given a new life, from the fire of ‘One Little Victory,’ ‘Secret Touch,’ and ‘Ceiling Unlimited’ to the melodic musicality of ‘Sweet Miracle’ and ‘How It Is’… these songs have been redeemed." - Geddy Lee
96 kHz / 24-bit PCM – Rhino Atlantic Studio Masters