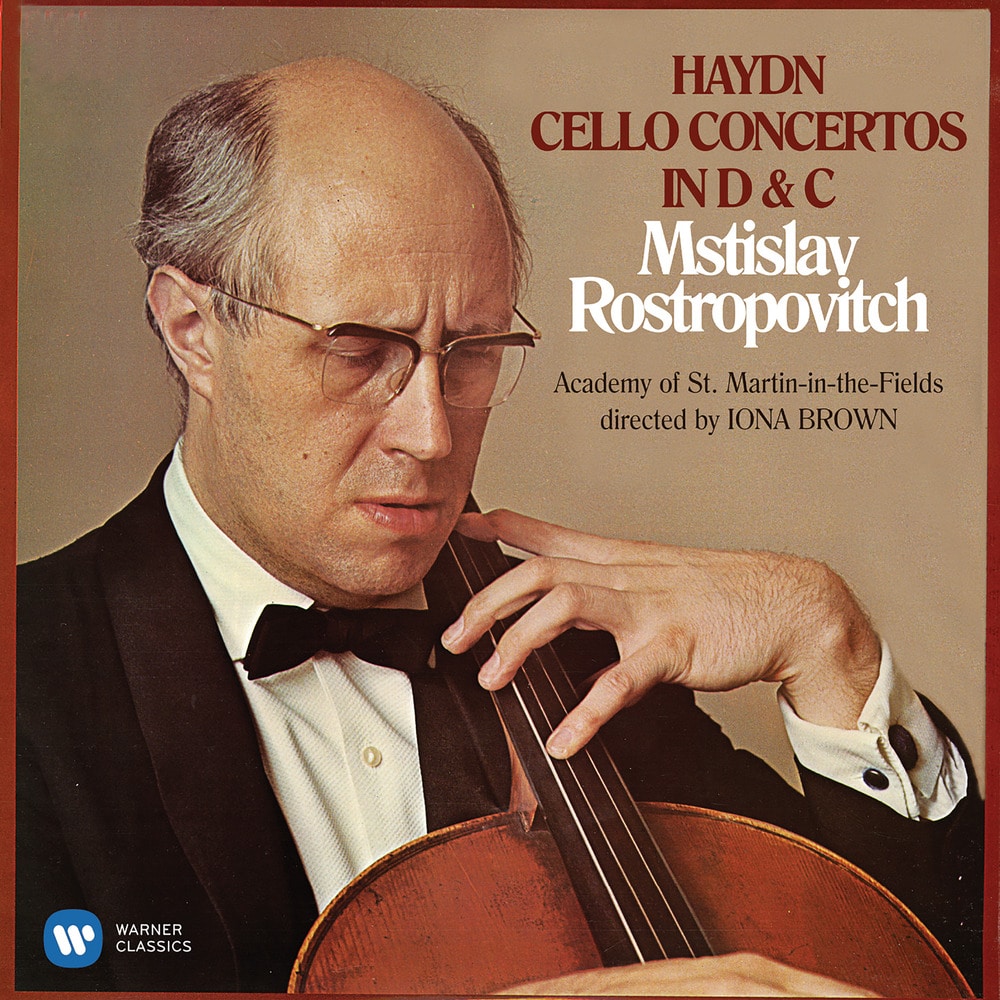 Mstislav Rostropovich, Academy of St. Martin in the Fields

Available in MQA and 96 kHz / 24-bit AIFF, FLAC high resolution audio formats
The Cello Concerto No. 1 in C major, Hob. VIIb/1, by Joseph Haydn was composed around 1761-65 for longtime friend Joseph Franz Weigl, then the principal cellist of Prince Nicolaus's Esterházy Orchestra. The work was presumed lost until 1961, when musicologist Oldřich Pulkert discovered a copy of the score at the Prague National Museum. Joseph Haydn's Concerto No. 2 in D Major for cello and orchestra, Hob. VIIb/2, Op. 101, was composed in 1783 for Antonín Kraft, a cellist of Prince Nikolaus's Esterházy Orchestra. The piece's authenticity was doubted for some time, and at one stage it was suggested that Kraft himself had written it, but most experts now believe that the work is indeed authentic after Haydn's autograph score was discovered in 1951. That the cello's repertoire has been so wonderfully enriched during the 20th century is due largely to Mstislav Rostropovich, the most influential cellist of his time, a champion of liberty, and also a noted conductor and pianist. Born In Baku on 27 March 1927 to a pianist mother and a cello-playing father who had studied with Pablo Casals, 'Slava' received early paternal grounding in his chosen instrument. Rostropovich was closely associated with EMI Classics (now Warner Classics) for more than 50 years, having made 100 recordings with the company between 1954 and his death in 2007, just a month after celebrations for his 80th birthday at the Kremlin.
96 kHz / 24-bit PCM – Warner Classics Studio Masters