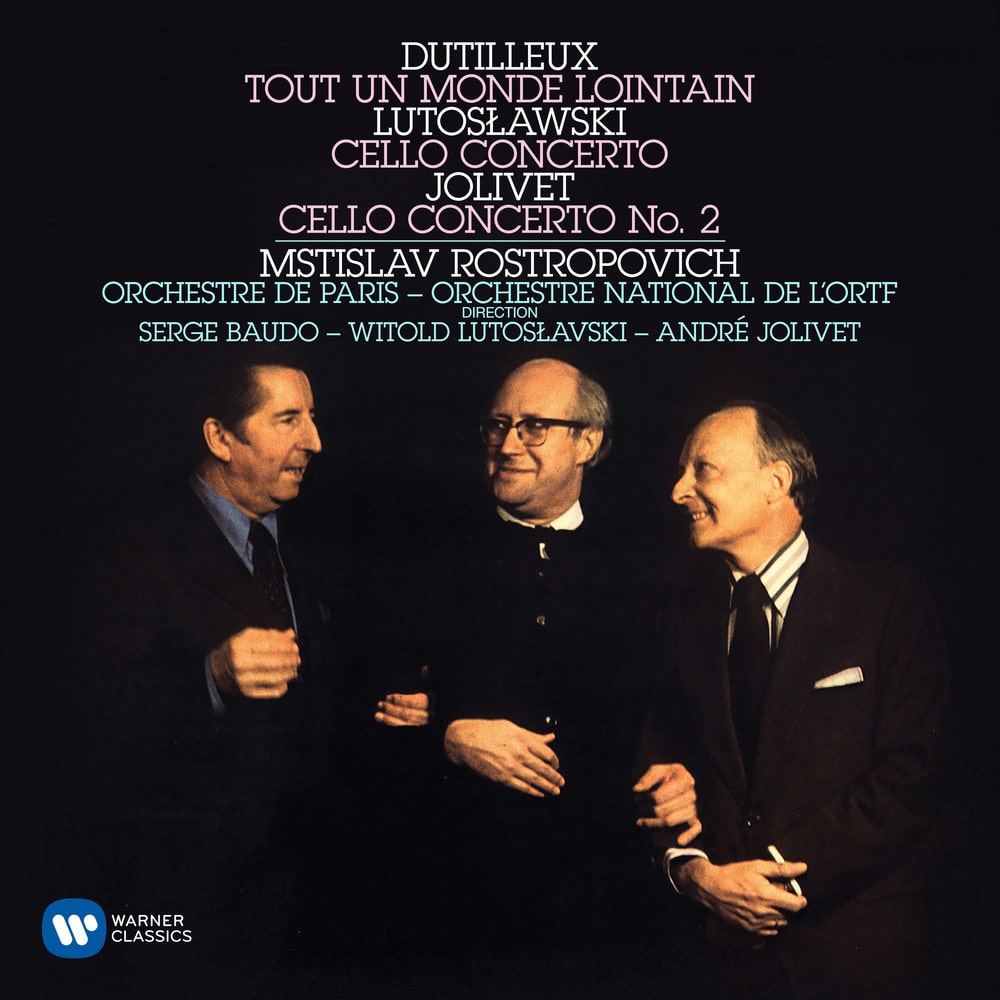 Available in MQA and 96 kHz / 24-bit AIFF, FLAC high resolution audio formats
Tout un monde lointain... (A whole distant world...) is a concertante work for cello and orchestra composed by Henri Dutilleux between 1967 and 1970 for Mstislav Rostropovich. It is considered one of the most important 20th-century additions to the cello repertoire. The Concerto for Cello and Orchestra is a cello concerto by the Polish composer Witold Lutosławski. The work was commissioned by the Royal Philharmonic Society with support from the Calouste Gulbenkian Foundation. It received its world premiere at the Royal Festival Hall on October 14, 1970 by the cellist Mstislav Rostropovich (to whom the piece is dedicated). Known for his devotion to French culture and musical thought, Jolivet drew on his interest in acoustics and atonality, as well as both ancient and modern musical influences, particularly on instruments used in ancient times. His second Cello Concerto is a particularly interesting and demanding piece, owing to Jolivet own mastery of the cello as a performer. That the cello's repertoire has been so wonderfully enriched during the 20th century is due largely to Mstislav Rostropovich, the most influential cellist of his time, a champion of liberty, and also a noted conductor and pianist. Born In Baku on 27 March 1927 to a pianist mother and a cello-playing father who had studied with Pablo Casals, 'Slava' received early paternal grounding in his chosen instrument. Rostropovich was closely associated with EMI Classics (now Warner Classics) for more than 50 years, having made 100 recordings with the company between 1954 and his death in 2007, just a month after celebrations for his 80th birthday at the Kremlin.
96 kHz / 24-bit PCM – Warner Classics Studio Masters