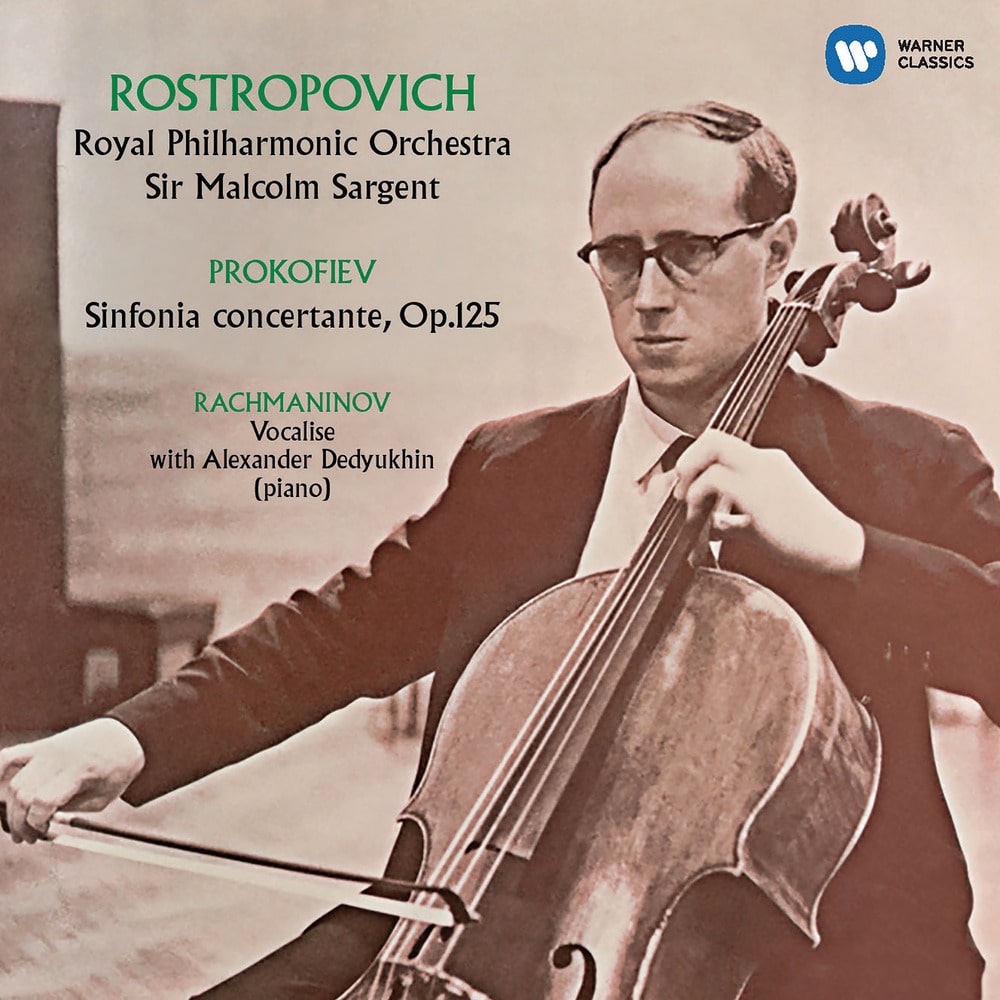 Sergei Prokofiev's Symphony-Concerto in E minor, Op. 125 (sometimes referred to as Sinfonia Concertante) is a large-scale work for cello and orchestra. Prokofiev dedicated it to Mstislav Rostropovich, who premiered it on February 18, 1952 with Sviatoslav Richter conducting (the only instance of Richter conducting). After this first performance (under the title 'Cello Concerto No. 2'), it was revised and given its current title. It is itself a revised version of his earlier Cello Concerto, Op. 58, written in 1933–8.

"Vocalise" is a song by Sergei Rachmaninoff, composed and published in 1912 as the last of his 14 Songs or 14 Romances, Op. 34. Written for high voice (soprano or tenor) with piano accompaniment, it contains no words, but is sung using any one vowel of the singer's choosing. It was dedicated to soprano Antonina Nezhdanova.