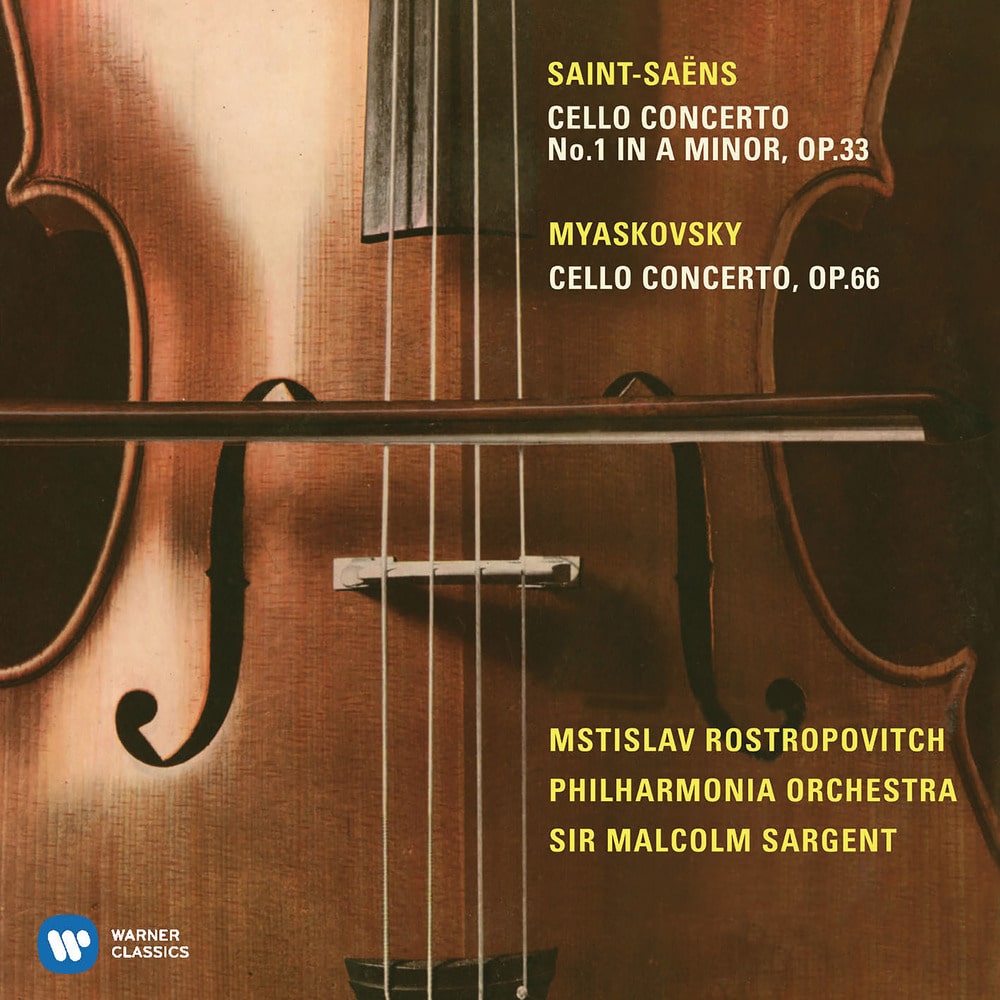 Camille Saint-Saëns composed his Cello Concerto No. 1 in A minor, Op. 33 in 1872, when the composer was 37 years old. He wrote this work for the Belgian cellist, viola de gamba player and instrument maker Auguste Tolbecque. Tolbecque was part of a distinguished family of musicians closely associated with the Société des Concerts du Conservatoire, France’s leading concert society.

Nikolai Myaskovsky composed his Cello Concerto in C minor, Op. 66, during the years 1944–45. It ranks among the few works of the composer that is to be found most frequently in concert or on recordings. The concerto was written for Sviatoslav Knushevitsky, one of Myaskovsky's great champions, who premiered it in Moscow on 17 March 1945. The first recording, however, was made by Mstislav Rostropovich in 1956.