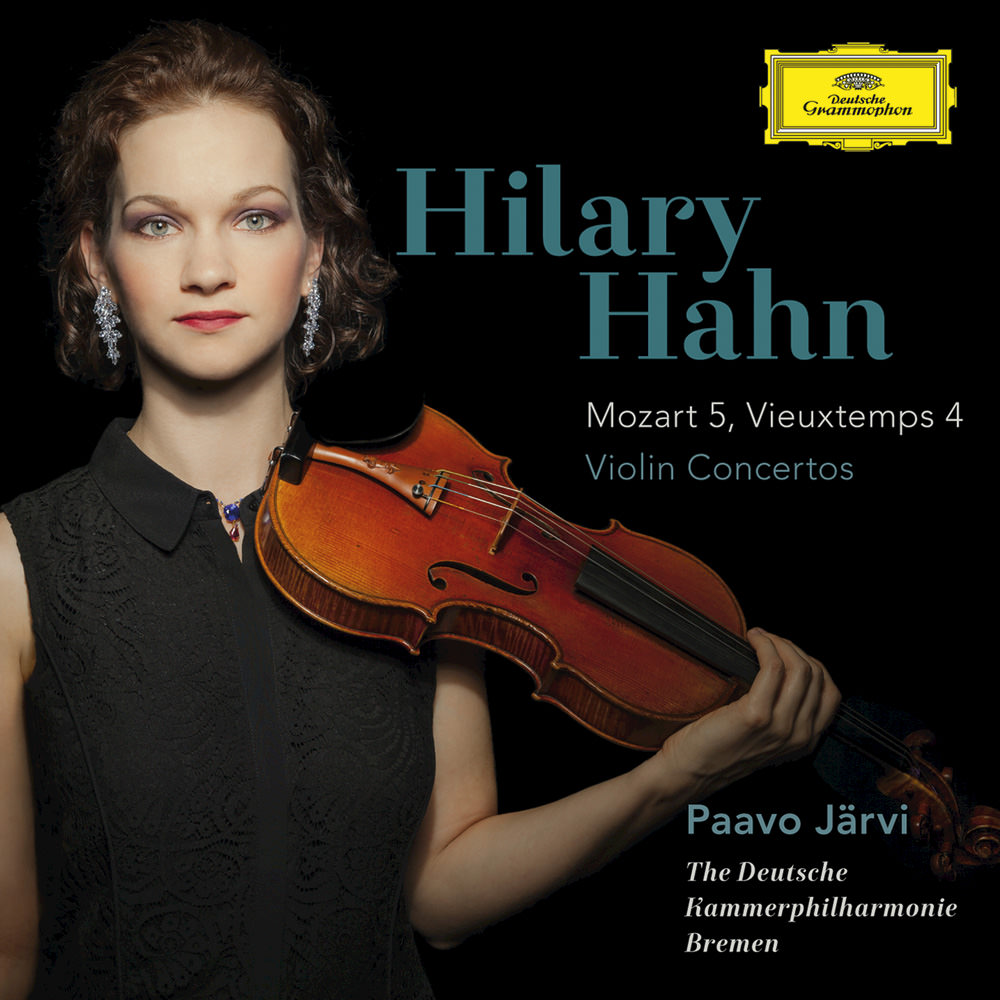 Available in 96 kHz / 24-bit AIFF, FLAC high resolution audio formats
"Four Stars ... as individual performances and recordings, they are top notch." - Sinfini Music "Four Stars. Hahn takes a Romantic view of Mozart, with bold gestures, a wide dynamic range and fruity vibrato ... she is more naturally attuned to the Vieuxtemps, where she can pull out the emotional stops ..." - BBC Music Magazine This album from two-time Grammy-winning violinist Hilary Hahn is her first recording with The Deutsche Kammerphilharmonie Bremen and Paavo Järvi after performing and touring with the ensemble and conductor for many years. With this release she returns to core violin repertoire, performing Mozart's Violin Concerto No. 5 alongside the rarely heard Violin Concerto No. 4 by Belgian violinist and composer Henri Vieuxtemps. Hahn has explained that she decided to combine these two works because she has been performing them since she was 10 years old. This album includes two bonus tracks of conversation between Hahn and Järvi.
96 kHz / 24-bit PCM – DG CD Studio Masters